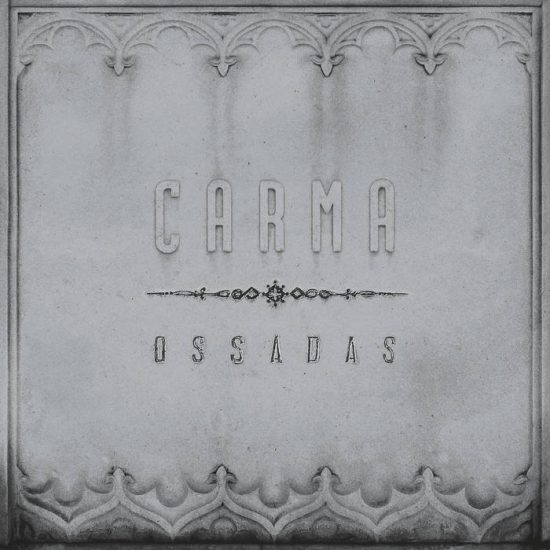 (Axel Stormbreaker rejoins us today with a review of a concept album by the Portuguese band Carma, and an idea for a movie to watch along with it. Inspired by the Conchada Cemetery in Coimbra, the album will be released in March by the Monumental Rex label.)

Blending a music record with a Hollywood movie ain’t an easy task to go through. Even if the eerie performance granted by Christian Bale does assist a narrative comparison to Carma‘s funeral doom aesthetics. The trick is, you gotta let your emotions blossom, without revealing any actual spoilers to the plot. Or neglect the very ground rules that bind a music review’s construct.

And you also gotta remember, the screen part involves the prestigious character of Edgar Allan Poe. Which means it needs to be precise in regards to musical highlights, yet it can’t divert from the feeling the movie generates, nor be too abstract when image and sound are aligned. And… oh, it’s not a basic task to complete. You will need to both watch The Pale Blue Eye and listen to Carma‘s Ossadas to grasp how the scenes and the sound flow together. 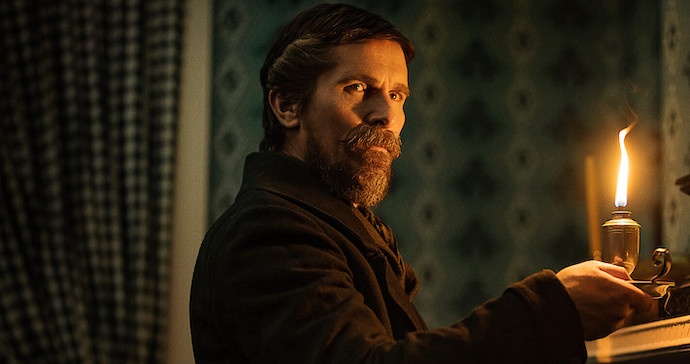 Ossadas’s opening echoes as if it’s veiled by this gloomy feeling of subtle melancholy, floating suspiciously in the air. It’s hard to tell whether its splashing sounds originate from a brief storm, or the flowing currents of a roaring river. Only the moment you kneel by its shores do you realize a pale sickness drifts in your mind; as if some old, parasitic mold has spread to your bone marrow.

“Jazigo” reveals the controversial duality of nature, as life may bring not only gifts, but fearsome perils on many occasions. Its auroral vocals may only praise its beauty, the gift of newborn life, whose essence is so precious and fragile at the same time. While its pessimistic growls are bound to stand on the opposite, as a reminder of the temporary; of how only a brief moment is required to sever the thread that separates us from the beyond.

And yet, it’s true. Ossadas‘s mournful melodies do pay relative tribute to Denmark’s own Saturnus. As if they are mindfully narrating the same odes to the glory of a frostbitten winter, as well as to the eventuality of an untimely demise. Even if the intermediate moments of tranquility aim at reaching a peaceful closure, the story is just not meant to end; not until its given right for justice is granted, not until history is repeated in ways far well known to man.

A hidden malice is only foretold by a disguised bitterness. Cloaked so firmly its true shape seems unlikely to be revealed. It’s only when the sludgiest vocals of “Memória” drag you down into their waters, so deep you realize that for every action, there’s an equivalent reason to inspect. Its double-bass drum patters then kick in to mark an ominous warning; another murder is waiting to happen, another vulgarity is yet to behold. 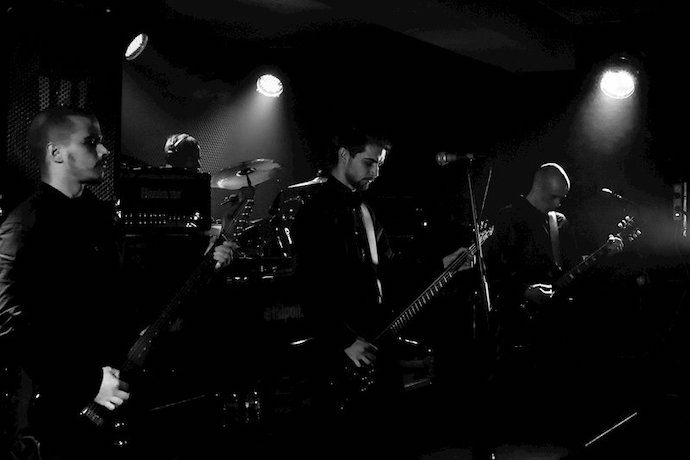 By investing further in Ossadas‘s running length, we encounter restless crows circling around elaborate drum patterns. It’s then, when “Paz” decides to unveil a vocal performance so expressive, as if a man’s dying breath is emanating echoes from the afterlife. The dead are bound to haunt the living, even when they rest in peace. Through emotions of guilt, vengeance, romance, or even hope. Even when one man’s hope equals another person’s torment.

Nevertheless, true pain foretells no good story that ever came without the simplest plot twist. Because “Monumento” arises, in imposing posture, to reassure the finality of doom. Because, despite Ossadas‘s enchanting diversity, it does indeed remain a funeral doom release. Its blackened riffage reaches, not abrassively, but methodically, an eventual redemptive climax. As if an invisible hand is moving behind the scenes, guiding each and every action.

Our story ends with “Saudade“. Carma‘s magnum opus, reminiscing how salvation must be met on all fronts. For it’s the epic, soulful leads, on top of its rhythmic drum patterns, that bring hope, even in the eventuality of death. Even if the organ’s ominous melodies foretell of funeral marches, lasting disgrace, or even the bitterness of private resolutions. It’s how the story blends into a full circle by repeated listens: the melodies burst, then fade, so the calm, acoustic passages can prelude the oncoming currents, or the roaring falling rain. 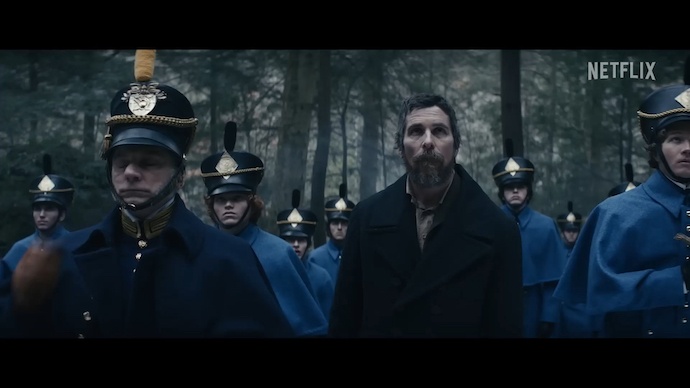 Carma‘s Ossadas‘s compact disc version is scheduled to be released on March 3rd, 2023 by Monumental Rex, including a special edition housed in a handmade black and blue velvet bag.

The Pale Blue Eye (featuring Christian Bale) was released in select cinemas on December 23, 2022, shortly before its subsequent streaming release on January 6, 2023, by Netflix.