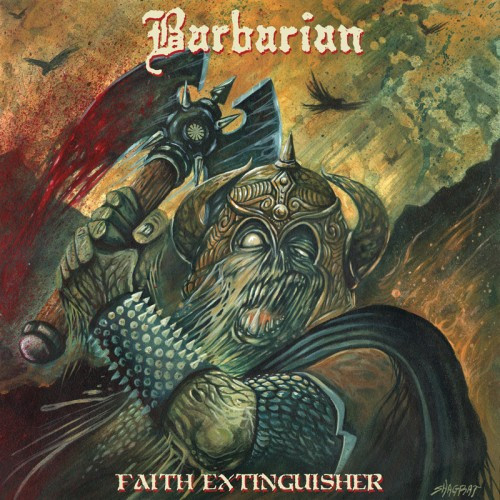 Two songs are now streaming on Bandcamp — “Inhale the Dead” and “We Are the Profane” — and they are sooooo damned good. It’s a glorious kickback to the primordial spawning ground of all sorts of extreme metal genres, binding together the undead spirits of bands like Celtic Frost, Bathory, Venom, and Motörhead. Vomit-spewing vocals, tremendous drumming, and black, thrashing riffs to kill for. END_OF_DOCUMENT_TOKEN_TO_BE_REPLACED 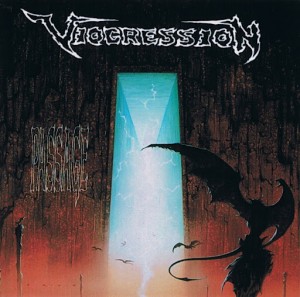 Camoflauged within Viogression’s warm, fuzzy brand of Obituary-style doom and gloom was a visionary capacity for atmosphere, depth, and technicality. Those who listen to this album in hindsight may find that, at times, it has more in common with what Canadian bands like Cryptopsy, Kataklysm, and Gorguts would be perfecting over the following decade than with the primitive mid-tempo style popular in the Midwest at the time. Beyond that, it also features a guest vocal appearance by Joe Ptacek, himself (R.I.P.). For what it’s worth, this was a “missing link” album that helped churn the evolution of Death Metal forward and is worth a second listen now that it’s almost as old as some of its members were when they recorded it. END_OF_DOCUMENT_TOKEN_TO_BE_REPLACED