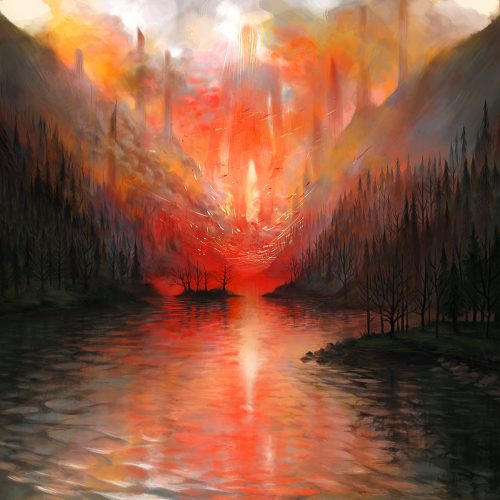 This year has been full of new releases from the country, including some comebacks by guys who first released music many years ago. One example of this is Ceremony of Darkness, by Orfvs. It’s full of keyboards and atmosphere, but in a way that wouldn’t be out of place 20-plus years ago. END_OF_DOCUMENT_TOKEN_TO_BE_REPLACED

Al-Namrood is an anti-religious Saudi Arabian black metal band, which no doubt continues to be a dangerous way for its understandably anonymous members to spend their time in that Kingdom. Their music, insofar as I’m familiar with it (and I’m mainly familiar with their more recent releases), has always been remarkably distinctive, and remarkably good. In the past I have been moved, in fact, to call their music “pitch-black magnificence”. And therefore I felt a thrill when I saw that Shaytan Productions will be releasing their 8th album on June 22nd. END_OF_DOCUMENT_TOKEN_TO_BE_REPLACED