Al-Namrood is an anti-religious Saudi Arabian black metal band, which no doubt continues to be a dangerous way for its understandably anonymous members to spend their time in that Kingdom. Their music, insofar as I’m familiar with it (and I’m mainly familiar with their more recent releases), has always been remarkably distinctive, and remarkably good. In the past I have been moved, in fact, to call their music “pitch-black magnificence”. And therefore I felt a thrill when I saw that Shaytan Productions will be releasing their 8th album on June 22nd. 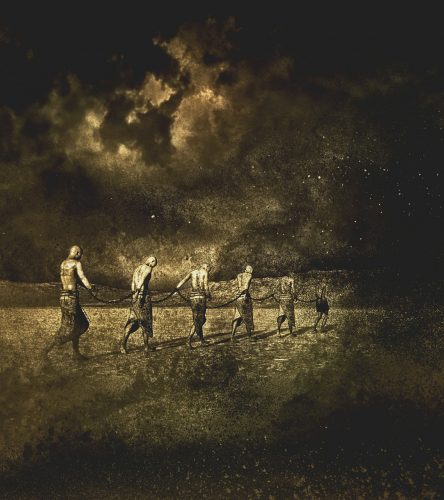 The name of that album is Wala’at. Lacking any knowledge of Arabic, I don’t know what that means. Nor did I know the meaning of the name of the first advance song from the album, which was revealed yesterday — “Alhallaj” — but the band provided the translation on their FB page: It means “Loyalities“. It reminded me all over again why I find this band so fascinating.

The sinister swaying riffs, the roiling Arabian leads, and the remarkable wailing vocals together create visions of fiery desert djinns rising up in glory, whirling above the earth in frightening ecstasy. It’s an electrifying song, and one that transports the mind into strange and wondrous visions. I couldn’t be more eager to hear the rest of Wala’at. 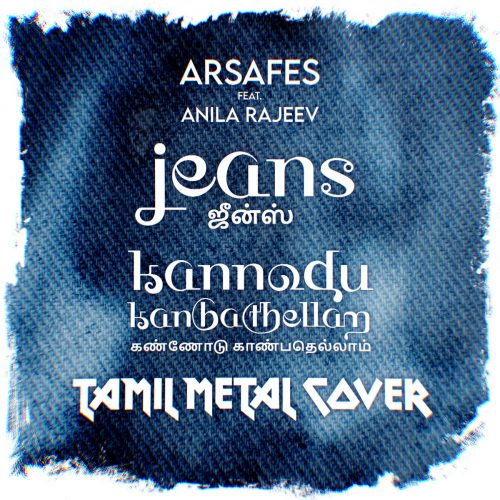 We’ve been following the creative pursuits of Moscow-based artist and sound engineer Roman Arsafes for almost as long as this site has been in existence. We first learned of him through the excellent releases of his band Kartikeya, and since then have followed his work through many other earlier and later projects in which he has either been a member of a group or a solo artist. Yesterday he released to Bandcamp something that absolutely enthralled me, and I’ll borrow his own description from Facebook:

“Hey ppl! In these difficult times we all need as much positive vibes as we can get, so me and the extremely talented Anila Rajeev got together to make something you’ve never heard before! 😄 For many years I had a plan to merge authentic Indian film music and modern metal, but due to my crippling perfectionism, I couldn’t do it all by myself or with singers I already knew, because it just wouldn’t sound right. And recently the stars aligned – I found Anila, the ideal vocalist for this endeavor and could finally bring this idea to life! So, without further ado, I would like to present to you our Tamil Metal Cover of A. R. Rahman’s “Kannodu Kanbathellam” (Jeans 1998 OST)! Have a nice musical ride and take care! 🎆🎆🎆”

Anila Rajeev has an amazing voice, and she carries this song in spectacular fashion, but let’s also give credit to Arsafes for adding a nuanced blend of jolting heaviness in the riffs, vibrant drumming and booming detonations, and sweeping and darting melodic accents that mesh beautifully with the vocals. 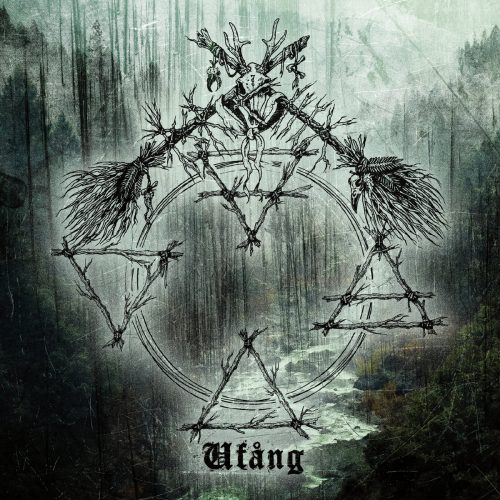 I last wrote about Perchta on Valentine’s Day of this year, which in light of subsequent events now seems like a decade ago instead of only six weeks. At that time what hooked my interest was a video for a song named “Åtem“, from Perchta’s debut album Ufång. The music was a transfixing blend of ritualistic chants and breathy whispers, with unexpected blasts of bestial snarls and goblin shrieks, as well as piano, flute, and some pleasingly heavy riffage.

Yesterday this band, which takes its name from a pagan goddess revered among the people in the Upper German and Austrian Alps, released another video and song from Ufång. “Erdn” intertwines hard-charging rhythms, raking and ravishing riffs, soaring keyboards, flickering leads, and savage growls with lilting acoustic guitar, mysterious spoken words, and equally mysterious tones that come close to the sound of a warbling didgeridoo. It’s a head-spinning experience, and quite an alluring one.

Ufång will be released by Prophecy Productions on April 10. 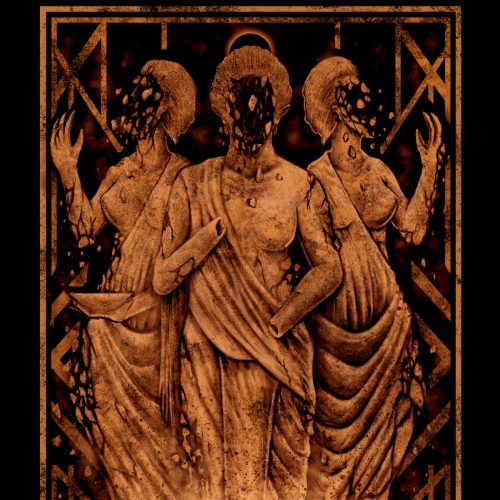 Thanks once again to Rennie (starkweather), I discovered Ghosts In Gold and their debut album Glorious Illumination, which was released on March 15th. It is the solo work of The New Messiah (whom Metal-Archives identifies as Aleksha McLoughlin, who is also the woman behind the depressive black metal band Morphine). Though Ghosts In Gold is based in Bath, UK, and thus might be expected to produce music familiar to my First World, Western ears, I found that the album harbors its own kind of exoticism.

The music is a form of raw black metal, with abrasive riffing and scorching screams and howls. But the music often has a dervish-like whirling quality and a mad pulse in the chords, along with spinning, spiraling, and screaming leads that convey a feeling of unhinged mysticism. The drumming is often unconventional for raw black metal, and usually very interesting — some inventive thinking went into it.

I’ll add Rennie‘s own comments to me: “Raw atmospheric black metal. Fried guitar tone. Great vocal attack. An industrial touch to the drum programming. Can get a touch sloppy on some transitions. As you can hear in “The True Messiah” around a minute in… there’s a drum roll and the guitar punch is out of sync…. A bit of tightening up and this will be pretty tough to beat. The band has good ideas and a head for dynamics”.

And finally we come to From the Cursed Glades, the debut demo of an Icelandic band named Äkth Gánahëth, which was released on March 26th. Äkth Gánahëth is the aolo project of A., of Fimbulþul and Spectral Full Moon, and he describes the music as “Raw Black Metal heavily influenced by the Black Legions, Moonblood and Akitsa“.

The opening instrumental, “Summoning Rites“, which does bring a bit of Summoning to mind, is one element of the demo’s exoticisim and proves to be mystical and mesmerizing. The ethereal, sparkling keyboard tones from the opening track re-surface in the following tracks, providing an interesting counterpoint to the lo-fi riffing and the acid-bathed, screaming-panther vocal attack. The songs also incorporate rough-and-ready rocking riffs and neck-bending drum beats as well as racing surges and exultant trem-picked melodies.

All these elements together create an interesting blend of carnal swagger and unearthly wonder, of feral ferocity and shimmering star-shine. And the stately but grief-stricken organ chords and rushing wind sounds of the closing instrumental are as entrancing as the opener, but in a different and more distressing way.

All in all, a very intriguing opening strike by this new project from Reykjavik. It will be interesting to see what comes next.

(I’m grateful to Miloš for linking me to this music.)