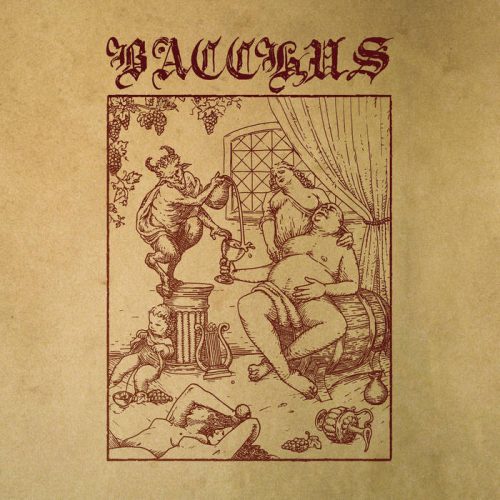 Bacchus was the name adopted by the Romans for the older Greek god Dionysus. He was a complex deity — a god of winemaking and wine, of fertility and festival, and of ecstasy, insanity, and ritual madness. Another name used by the Romans for him was Liber — “free” — because of the freedoms his cult represented for its followers from the norms and dictates of repressive powers. In the states of possession induced by Bacchanalian rites, they cast off the chains that bound their minds and emotions to the rigid expectations and oppressive demands of conventional society.

We have no special insight into why the French atmospheric black metal band Bacchus adopted that name for themselves, beyond what we can hear in their self-titled debut album, which we’re premiering today in advance of its December 30 release by Solar Asceticists Productions. However, listening to it is very much like partaking in chthonic mysteries that induce elysian visions and unexpected epiphanies. It creates its own form of possession, casting an irresistible spell, one which is both seductive and frightening, carnal and unearthly, mesmerizing and profoundly menacing.

And it does have the effect of freeing the listener from worldly cares and mundane preoccupations. END_OF_DOCUMENT_TOKEN_TO_BE_REPLACED