The time has finally come for renowned quirky Texas death metallers Baring Teeth to show the world another plane of terrifying sounds and squalor. As if their first album, 2011’s Atrophy, in all its demented brilliance, was not enough of a jaw-dropping testament to their skill and uniqueness, they set their aims at a higher and different place on Ghost Chorus Among Old Ruins, giving us is a wide range of dynamics within each song — like a massive fight for control between frenetic, entrancing splinters and the colossal depths of quicksand, whose power ultimately derives from its slow, suffering burn.

Not only have they moved further from the realms of their Obscura-influenced debut, they’ve managed to expand their sound. It would have been easy and standard for a metal band like this one to keep the same blazing tempo and stylistic formula the second time around. Yet this time Baring Teeth offer more cesspools and sinkholes to drop into, sucking up more of the music like a slow-draining black hole, while also offering full-scale onslaught the likes of which will make your face melt just a bit too much to recover from in one sitting. END_OF_DOCUMENT_TOKEN_TO_BE_REPLACED

(Austin Weber wrote the following introduction to our premiere of a song from the forthcoming second album by Baring Teeth.)

While Willowtip continues to churn out releases by forward-thinking bands like it’s no big deal, Baring Teeth still stand out as a singular creative force on their roster. Their exponential growth and talent for exploration displayed on their soon to be released sophomore album, Ghost Chorus Among Old Ruins, prove that their path is a rich and multifaceted one, albeit one that’s highly unsettling in the best way possible.

Their last album, 2011’s Atrophy, cemented the band as pioneers in the art of stretching boundaries and seeking out different methods and manners of interpreting death metal, creating new and inspired forms of the genre, giving it a new canvas on which to rot, and painting with a more sophisticated palette than mere straightforward aggression and simple headbangable riffs. They infuse their output with an alien presence that wanders amidst chaotic rhythms and moody peaks and valleys. END_OF_DOCUMENT_TOKEN_TO_BE_REPLACED 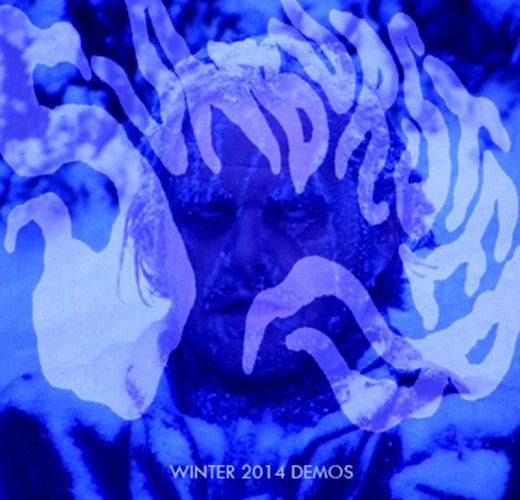 This is the kind of music that will give your neck muscles a real workout while dosing you with a narcotic addictiveness that will pull you back for another hit, and another. I know. I have plenty of other things to do, but I’ve been jamming this little three-song smasher over and over again. END_OF_DOCUMENT_TOKEN_TO_BE_REPLACED