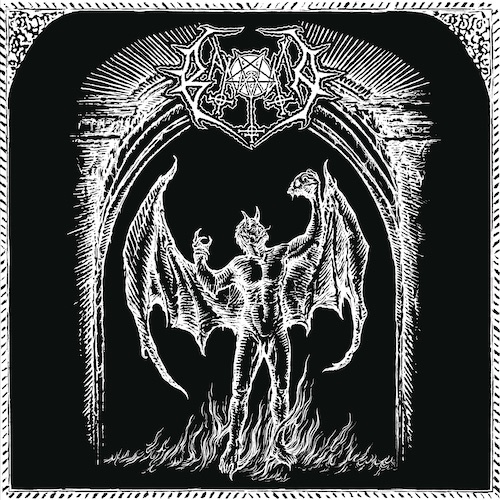 Although the German black metal band Baxaxaxa released their first demo in the long-lost days of 1992, a decade passed before something new emerged (a split with Ungod), and then an even longer silence descended before the release of the Old Evil EP in 2019. Thankfully, the band’s creative fires have clearly been reignited, because yet another EP followed in 2020 (Devoted to HIM), and now we’re approaching the August 6 release date of their debut album Catacomb Cult on The Sinister Flame label.

Vital clues to the music on the new album are revealed in all the titles that have come forth since Baxaxaxa’s revival a few years ago. It is indeed the sound of old evil and of devotion to infernal occult power, with the overarching atmosphere of a death cult performing their sinister ceremonies in the deepest, darkest, and most haunted of catacombs. Further clues my be found in comparative references to such bands as Mortuary Drape, Root, Hungary’s Tormentor, early Samael, and very early Mayhem.

But the best clues come from the musical previews that have already surfaced and the one we’re bringing you today — a song named “Kingdom Ablaze“. END_OF_DOCUMENT_TOKEN_TO_BE_REPLACED