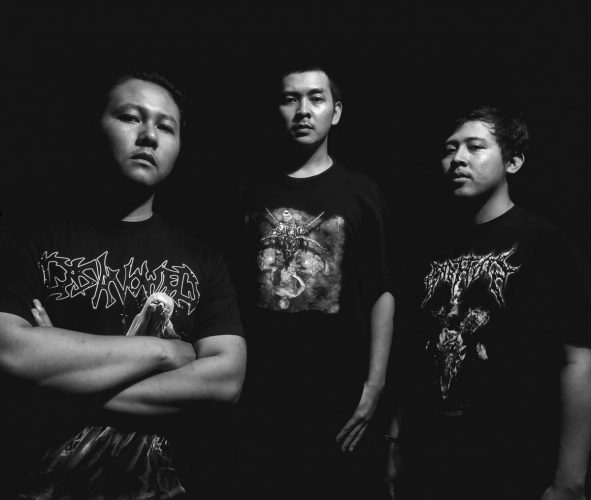 (Here’s Vonlughlio’s review of a debut brutal death metal album from Indonesia that “stands out from the masses.”)

This time around I have the chance to talk about the band Chancroid from Indonesia, whom I’ve been a fan of since 2015 when they released their promo that year.  There are a lot of BDM projects from Indonesia — they live and breathe the genre. Sure, there are a lot of same-sounding bands out there in this genre, but this is one of the cases that for me stands out from the masses.

After their 2015 promo the band released a demo in 2018 that continued their musical path with a raw production that is most welcome for the song structures they created. There’s not a lot of activity from the this project compared to others, but keep in mind that this is an underground group and things usually work a lot slower.  I did not know when they would release an EP or full-length. END_OF_DOCUMENT_TOKEN_TO_BE_REPLACED