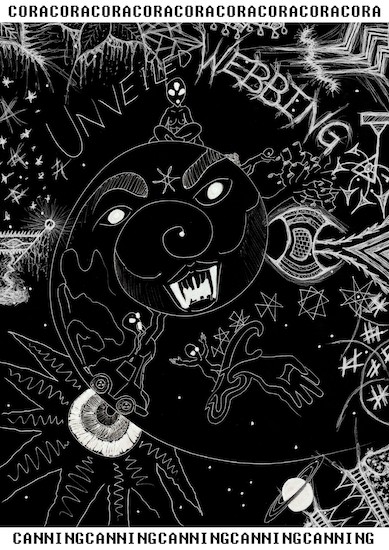 In between sessions of work on his current absurdly ambitious plan for an upcoming release in which each song will be composed of 100 unique sections (instrumental demos of which are available for two of them here and here), he partnered with his friend and fellow multi-instrumentalist Dave Turnbull to create Cora Canning’s Unveiled Webbing, which we’re streaming early below. END_OF_DOCUMENT_TOKEN_TO_BE_REPLACED