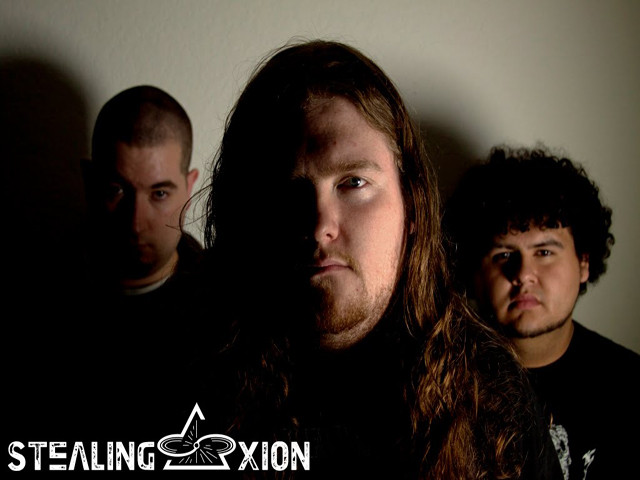 (In this companion to our full-album stream and review of the dynamic new album from Stealing Axion, TheMadIsraeli interviewed the band’s Daniel Forbrich (guitarist/vocalist) via Facebook chat, and this is the result . . .)

DF: Not much, I just read on Josh’s screen that we could do the interview now lol

TMI: Yeah if you want.  Here is how this works.  I ask questions, and we bullshit on stuff that’s relevant.  This conversation, aside from formatting, will be totally unedited except for typos.

TMI: Ok cool.  So, the only person I’ve talked to of you guys has been Josh (Josh DeShazo).  Explain yourself a little bit and how much of a role you play in the Stealing Axion machine.  Just as a little introduction, you know =P

DF: My name is Dan Forbrich, I play guitar and sing in the band. Behind the scenes I share writing responsibilities of the music with the other guys. We all live together, so much of the other work is delegated pretty evenly.  We also all work together at our day jobs in one form or another, so we are inseparable it seems.

TMI: So, musically, how do you fit in? I was surprised to find out Josh actually isn’t into metal too much despite the fact your music crushes my intestines. Are you into the genre at all yourself?

DF: Definitely. My roots are in metal… My dad raised me on the classics… Slayer, Pantera, Metallica, Sabbath, and what not. I still say I listen to Metal about 80% of the time. He and I still actually go to shows quite regularly together… metal head for life.  I did however start to get into stuff like Yes/Pink Floyd/Frank Zappa in my teen years for whatever reason.  I’d like to think those bands have had just as much impact on my songwriting as the metal. END_OF_DOCUMENT_TOKEN_TO_BE_REPLACED