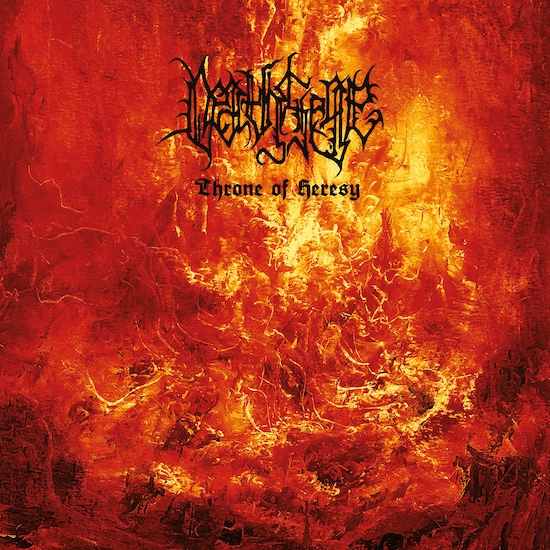 The origins of Deathsiege may be traced to a filthy rehearsal room in Tel Aviv Hell where drummer and main songwriter A.M. (Har, Kever, and more) began work on the project in 2019. Shortly thereafter he was joined by vocalist and guitarist J.S. (Svpremacist), and the two of them recorded their debut demo Cannibalistic Patricide that same year. If you know anything about the bands those two have on their resumes, it won’t surprise you to know that it was a ferocious and scathing outburst, rendering three tracks in less than seven minutes.

Having lit their flamethrower they kept firing it with another demo in 2020, and that’s where we first discovered their campaign of enraged ruination. Unworthy Adversary raced through seven tracks in less than 12 minutes, and in a review here we acclaimed it as “hellishly good”: “If it had been longer it might have put listeners at risk of adrenaline overload and ensuing stroke”.

Now here we are, on the other side of pandemic hell (or so we hope), and Deathsiege are ready to uncage their debut album Throne of Heresy via their new label Everlasting Spew Records. For this first full-length the original duo are joined by new main guitarist and songwriter T.D., turning the band into a marauding international trio. END_OF_DOCUMENT_TOKEN_TO_BE_REPLACED