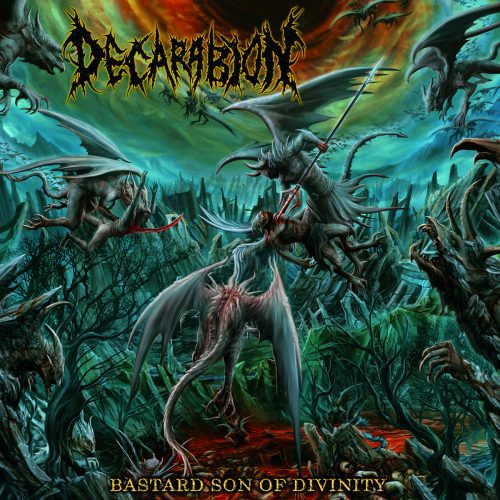 (We present Vonlughlio’s review of the new album by the Colombian band Decarabion, which is out now on Unmatched Brutality Records.)

Hope all you readers are well and, as always, I’m wishing all the best to all. As you probably already know, yours truly is a big fan of Brutal Death Metal (duh!). I was having a conversation the other day with a friend (Abhay) for his upcoming podcast in which we discuss the genre and other different scenes I love.  One of the subjects was the Colombian scene and how many great bands have come from that country to give us such great BDM.

This time around I would like to talk about the debut album Bastard Son of Divinity by the Colombian newcomers Decarabion, which was released on August 4 via Unmatched Brutality Records. Before saying anything else, this is a great representation as to why I love Colombian BDM. This record crushes from the moment you press play until the end. END_OF_DOCUMENT_TOKEN_TO_BE_REPLACED