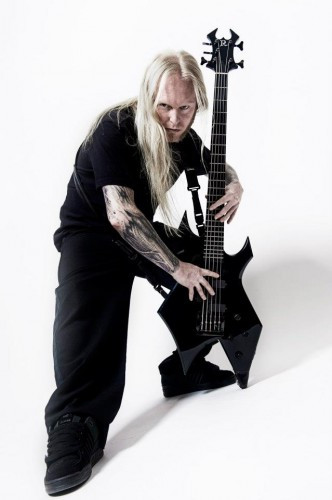 (Suffocation’s new album Pinnacle of Bedlam is a stunner, but what did you expect? As TheMadIsraeli said in our review of the album, Suffocation “define the three things that make a great band: Consistency, legacy, and relevancy.” We’re honored to present Andy Synn’s interview of Suffo’s uber-bassist Derek Boyer.)

So a couple of weeks back I was asked if I wanted to interview Suffocation… and who could say no to something like that? I wasn’t aware who exactly would be answering my questions, so I tried to make them of a type that could easily be answered by any and all members of the band. In the end it turned out to be uber-bassist extraordinaire Derek Boyer who was tasked with responding to my inane queries, and – all credit to him – he did so in a thoroughly entertaining and really detailed manner.

You’ll notice that I didn’t bother to touch on any of the recent line-up changes, the he-said, she-said back and forth between the band and departing drummer Mike Smith, or even the storm-in-a-teacup that was Fran Mullen’s decision to cut down on his own ability to tour. These have all been covered pretty thoroughly elsewhere, and, as I think you’ll see, it seems like Derek certainly appreciated not being asked about them for the 100th time.

Ultimately, I hope he got some enjoyment out of answering the questions himself, and I hope you all appreciate his answers and his generally very friendly and relaxed demeanour, which really comes across despite the limitations of the email interview format! END_OF_DOCUMENT_TOKEN_TO_BE_REPLACED 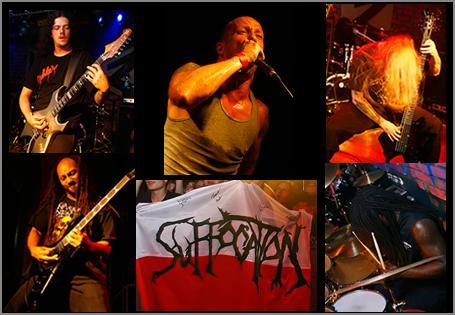 And for the cherry on top, we got to see three of the most charismatic frontmen in the business on one bill: Dez Fafara, Frank Mullen, and Ben Falgoust (and J. Costa is no slouch either). What a truly ass-kicking way to start a new year of live metal in the Emerald City! Now, for a few details about each band’s performance (after the jump). END_OF_DOCUMENT_TOKEN_TO_BE_REPLACED