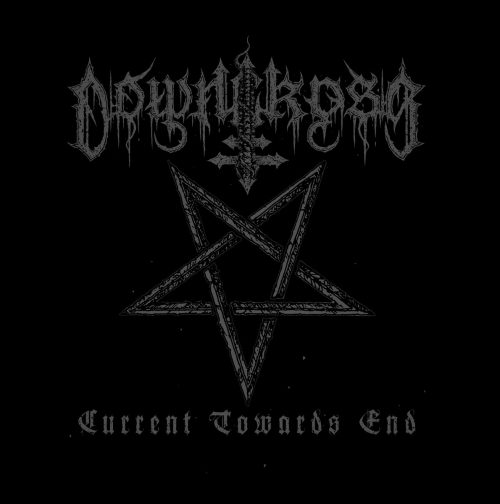 The Belarusian black metal band Downcross made a startling debut with their first album, Mysteries of Left Path. To paraphrase what we wrote in introducing our premiere of the album early last year, every one of the eight tracks on the album was emotionally powerful, and powerful in the production of their sound. They included magnetically attractive melodic hooks and shifts among contrasting moods within each song — from cold-hearted to glorious, from bereft to barbaric, and much more.

There was also heavyweight heft in the low end, and tremendous, penetrating, gleaming vibrancy in the guitar tones (without becoming completely “clean” in their tone). The drumming rocked and romped as often as it thundered, and there were as many hook-laden strummed chords as the dense wash of blazing tremolo vibrations.

The duo of vocalist/drummer Ldzmr and guitarist Dzmtr quickly proved that their debut was no fluke, because their second album (which we also premiered last fall), What Light Covers Not, was also tremendously good, and further vivid evidence that Downcross are gifted songwriters. END_OF_DOCUMENT_TOKEN_TO_BE_REPLACED 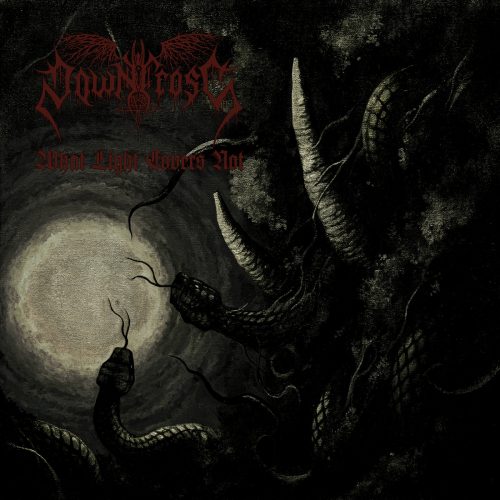 The debut album by the Belarusian black metal band Downcross, which we premiered in February, proved to be one of the best surprises of the new year, which was then barely two months old. The duo of vocalist/drummer Ldzmr and guitarist Dzmtr demonstrated impressive skill as songwriters and performers, creating emotionally powerful tracks loaded with magnetically attractive melodic hooks, physically compulsive rhythms, and dynamic changes of mood. With such abundant talent on display, Mysteries of Left Path left me quite interested to hear what Downcross might do next. I just didn’t expect I would find out so soon.

Not even seven months later, Downcross are on the verge of releasing a second album, What Light Covers Not, on September 11th. Of course Downcross didn’t start working on these seven new songs for the first time after their debut album was released. The process probably began long before that. But it might still be fair to wonder how good the album is, given the relatively short time between the two releases. Though my own opinion is obvious — because today we’re premiering the new album, as we did the first one — I’ll just make it explicit: What Light Covers Not is really, really good. END_OF_DOCUMENT_TOKEN_TO_BE_REPLACED 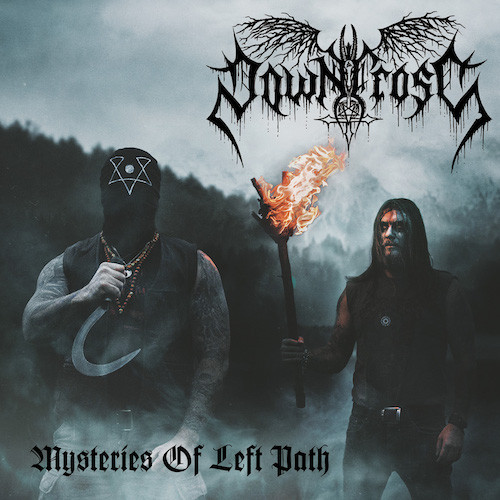 Sometimes the opportunities presented to us for premiering new music leads to the discovery of enormously good surprises — to become captivated by music we might never have otherwise found. And this is one of those startling instances.

Downcross are a duo from Belarus — vocalist/drummer Ldzmr and guitarist Dzmtr — and what we’re presenting today (only one day away from its release by Saturn Sector Rex) is their debut album Mysteries Of Left Path. The only description of the music we had before exploring it was “anticosmic”, plus whatever might be inferred from their ominous masked and torch-bearing visages on the album’s cover. This led to a few guesses about the music — which turned out to be largely incorrect. END_OF_DOCUMENT_TOKEN_TO_BE_REPLACED