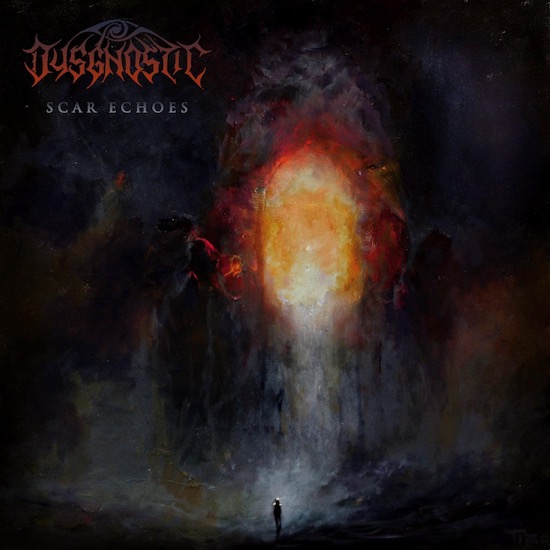 The Danish band formerly known as Defilementory have made a bug “reset” — and we do mean BIG. A long eight years after the release of their debut album The Dismal Ascension, they’ve recorded a new album with a changed sound, changed their own name to mark the occasion, and will have it released by one of the most exciting metal labels now in operation (Transcending Obscurity Records), adorned by magnificently chilling cover art by Dawid Figielek.

The band’s new name is Dysgnostic, and the title of their first album under that name is Scar Echoes. As for their revised sound, we now have two indications of it. The first, presented through an official video last month, is a track called “Silvery Tongues“, and the second is the song we’re premiering today — “Beneath Abyssal Plains“. END_OF_DOCUMENT_TOKEN_TO_BE_REPLACED