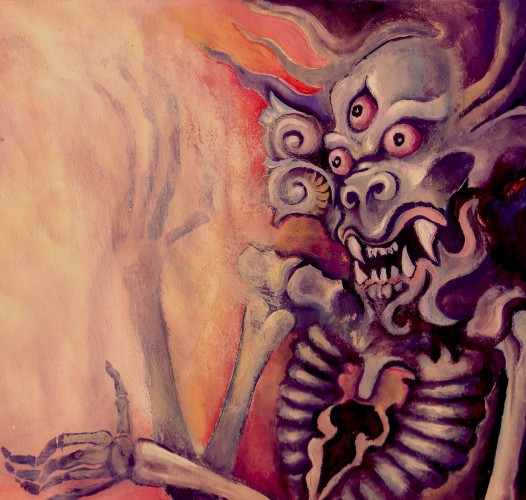 I don’t know whether this is true in other countries, but here in the U.S. our holidays have become ritualized celebrations (each with their own distinctive personalities) that have very little to do with what they were originally intended to commemorate. And so it is with Thanksgiving. As for the holiday’s historical antecedents, The Font of All Human Knowledge tell us these things:

In the United States, the modern Thanksgiving holiday tradition is commonly, but not universally, traced to a sparsely documented 1621 celebration at Plymouth in present-day Massachusetts. The 1621 Plymouth feast and thanksgiving was prompted by a good harvest….

Thanksgiving proclamations were made mostly by church leaders in New England up until 1682, and then by both state and church leaders until after the American Revolution. During the revolutionary period, political influences affected the issuance of Thanksgiving proclamations…. As President of the United States, George Washington proclaimed the first nationwide thanksgiving celebration in America marking November 26, 1789, “as a day of public thanksgiving and prayer to be observed by acknowledging with grateful hearts the many and signal favours of Almighty God”…. END_OF_DOCUMENT_TOKEN_TO_BE_REPLACED 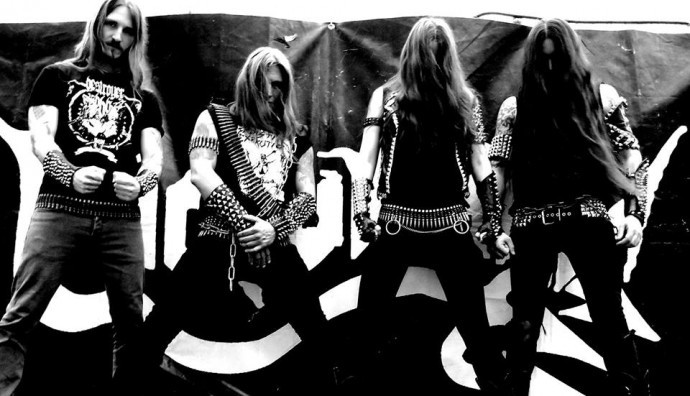 Collected in this post are a handful of new songs (and three new videos) that I heard and saw last night. There’s a little bit of everything in here, culled from a lot of other things I found in my rambling through the interhole. Two of the new things are exceptions to our rule, and two involve female vocalists. Hope you like all of this diverse music as much as I did.

Nocturnal (pictured above) are a German band who came to life around 2000 “out of the ashes of Bestial Desecration”, dedicated to churning out teutonic thrash in homage to bands such as Destruction and Sodom. Yesterday they released a new video for a song named “Rising Demons”, which will appear on the band’s forthcoming album Storming Evil — their first in almost four years. It will be released by High Roller Records on February 28, 2014.

The song is a hell of a lot of evil-sounding fun — with whirling dervish riffs, a straightforward but nonetheless compulsive drumbeat, and Tyrannizer’s blackened howling vocals, which sound like a wildcat with esophageal cancer. The DIY video is also fun — B-movie clips interspersed with band performance clips, all in B&W of course. So strap on your bullet belt and spiked gauntlets and check out this thrashing unholiness: END_OF_DOCUMENT_TOKEN_TO_BE_REPLACED