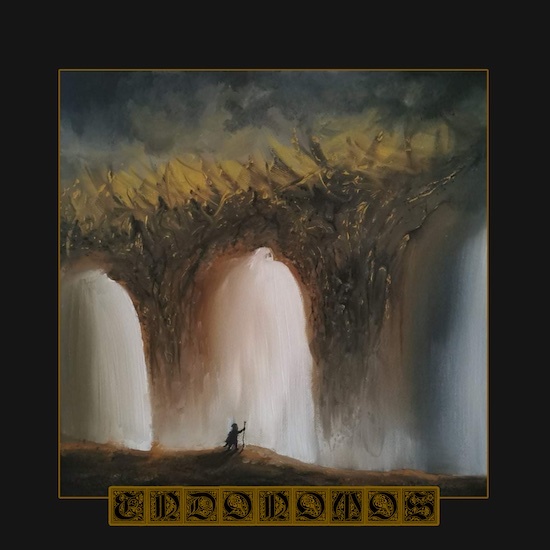 Welcome friends to the haunted halls of doom, where heavy ancient vaults loom high above, candles flicker, and skeletal spectres seductively beckon — with teeth bared within their vapors. Our guides through these chilling domains will be the Austrian band Endonomos.

Endonomos is a new name, but one that’s likely to spread quickly because of the power of their self-titled debut album, which will be released by Argonauta Records on August 26th. It’s the brainchild of Austrian multi-instrumentalist, producer, and session musician Lukas Haidinger, who is mostly known for playing extreme Metal for bands like Profanity, Nervecell, Distaste (and many more).

Through Endonomos, he has indulged his long-held affection for Doom, joined by his friends Armin Schweiger (drums), Philipp Forster (guitars), and Christoph Steinlechner (guitars) — who are obviously off on a tangent from their main musical pursuits too.

Well, but Doom is a varied domain. Where within it have Endonomos gone? END_OF_DOCUMENT_TOKEN_TO_BE_REPLACED