Yesterday was a banner day at NCS. More posts in a single day than we’ve managed before. In the category of listmania, we reported about Decibel‘s list of The Top 25 Most Anticipated Records of 2009 and Revolver‘s list of The 20 Best Albums of 2009, and we added the 9th entry to our own list of The Ten Most Infectious Extreme Metal Songs of 2009. We gave you a Brutal Truth update, the latest burning-goat news from Gavle, Sweden, and a little something to make you nervous on Christmas Eve. Just goes to show what we can accomplish when we get a break from the day jobs. Maybe you now wish we’d get fewer vacation days.

Today your NCS Authors are resting from our labors — except for arguing about which song should be our tenth and final entry on the Most Infectious list. Assuming we can sort that out and there’s still one of us alive to post the result, we’ll do that tomorrow.

In the meantime, the turkey awaits, and he’s looking kinda nervous.

Hope all of you have a peaceful day. Come see us again tomorrow. 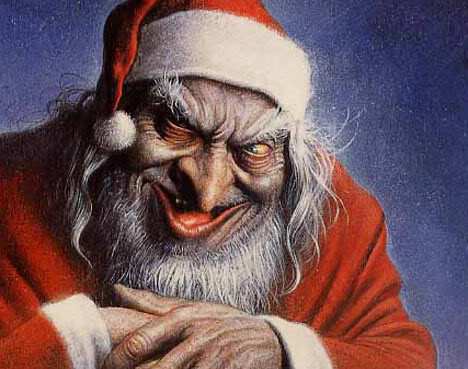