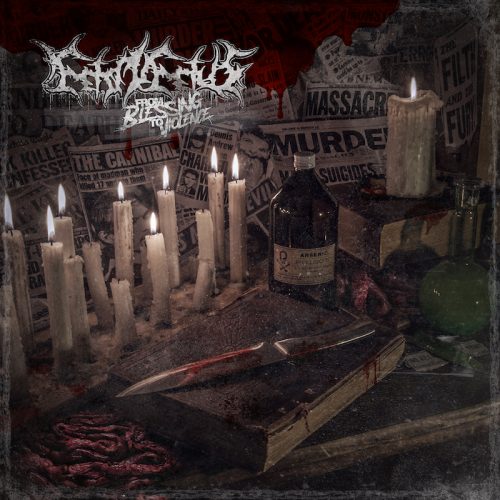 The last time the Polish death/grind band Feto In Fetus appeared in our pages was back in 2012 in the lead-up to their second album, Condemned To the Torture. They did participate in a five-way split in 2015 (Human Abattoir), but otherwise have been quiet since that last album. However, the silence is about to end — in spectacular fashion.

On March 30, Selfmadegod Records will discharge a new Feto In Fetus album named From Blessing To Violence, an 18-track neck-wrecking barrage that’s the source of the track we’re about to detonate today — “The Vanished Land“. END_OF_DOCUMENT_TOKEN_TO_BE_REPLACED

However, about a year later, word surfaced that three of Lifelover’s former members — vocalist/guitarist “( )” (Kim Carlsson), guitarist “H” (Henrik Huldtgren), and bassplayer Fix — had decided to start a new band. The band’s name is Kall (Swedish for “cold”), and yesterday I discovered that Kall has released a song from a forthcoming EP. The song’s name is “Då, nu – Jag och Du”, which according to Google Translate means “Then, Now — Me and You”. END_OF_DOCUMENT_TOKEN_TO_BE_REPLACED