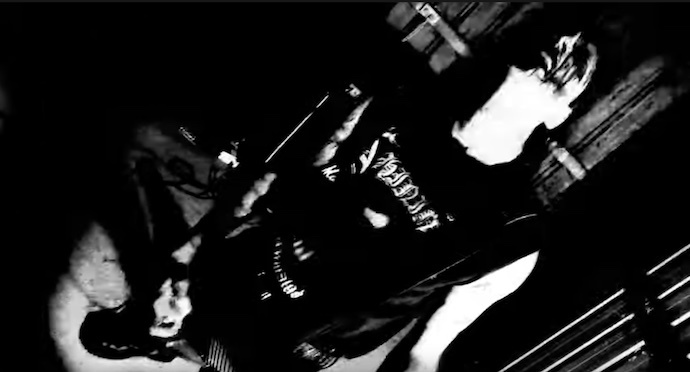 We lamented the split-up of Deadspace when that was announced last year, but celebrated their final album, A Portrait of Sacrificial Scars, as the band’s best work of all. Happily, however, Deadspace have reunited, though I somehow overlooked that announcement, first disclosed in March, until yesterday. I also overlooked that in June the band released a video for a new song named “Moksha“. END_OF_DOCUMENT_TOKEN_TO_BE_REPLACED

For many of us, Unaussprechlichen Kulten have become one of those bands whose every release is mandatory listening. And so it will be with respect to the fifth album from this Chilean cult, Teufelsbücher, which will be released by Iron Bonehead Productions on October 18th. END_OF_DOCUMENT_TOKEN_TO_BE_REPLACED

We begin with a new album named LI_E by the one-man Romanian project Gravatus, which was released on November 12. This was my first exposure to the music of Gravatus, but I’ve found myself enthralled by LI_E. END_OF_DOCUMENT_TOKEN_TO_BE_REPLACED