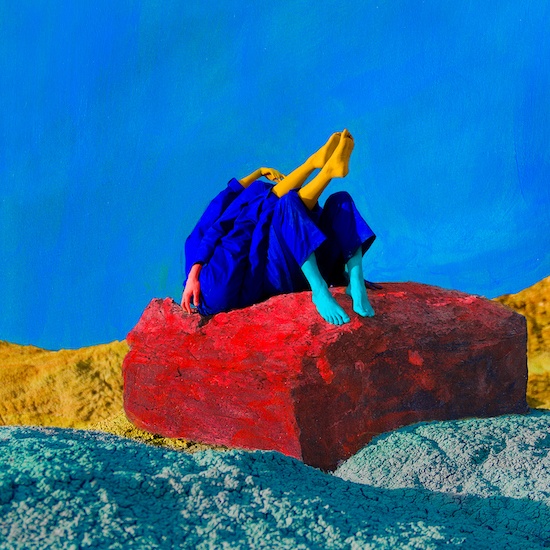 (Andy Synn grabs his net and pith helmet and goes on the hunt for that rarest of specimens, the Avant-Garde Black Metal album, by reviewing the latest record by Grey Aura, which was released on 07 May)

The term Aposematism (coined by Edward Bagnall Poulton in 1890, and originally referred to, more simply, as “warning colouration”) refers to the way in which certain animals, often (though not always) through the use of bright colours and bold patterns, signal to potential predators that they’re toxic, venomous, or otherwise dangerous, and – to coin a phrase – shouldn’t be fucked with.

Why am I telling you this?

Well, for one thing, it’s always nice to learn something new, no?

And, for another, it’s clear that the new album from Avant-Black artistes Grey Aura, operates using a similar principle, because the record’s fantastically strange and visually striking cover is an obvious and eye-catching warning that what you’re about to hear is not going to adhere to the normal rules.

END_OF_DOCUMENT_TOKEN_TO_BE_REPLACED

You can guess even from gazing at the cover art for Grey Aura‘s new album (by Dutch photographer/artist Sanja Marusic) that you may be about to experience something that’s well off the usual beaten paths, and that turns out to be undeniably, unmistakably, true.

The album’s name is Zwart Vierkant, and it will be released on May 7th by Onism Productions. In creating it, this Dutch band from Utrecht have crafted a fascinating, hard-to-categorize musical narrative that is bound to a novel written by Grey Aura’s Ruben Wijlacker which follows the journey of an early 20th-century painter through Europe, a character who has become obssessed with the Russian art movement Suprematism.

Onism has provided a description of the album, which we’re going to share with you because it really does provide a good introduction to the music — but we will also be giving you a chance to actually listen to some of the music, through our premiere of the album’s opening track, “Maria Segovia“. END_OF_DOCUMENT_TOKEN_TO_BE_REPLACED 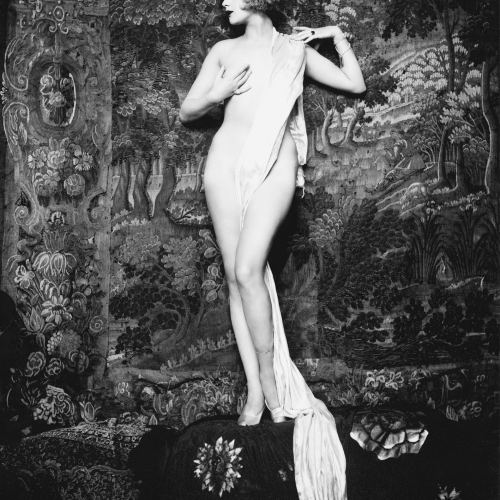 We all have our metal comfort food, the genres we go to even when the performers aren’t doing anything too different from what’s been done for decades. And to be sure, a band doesn’t have to break any molds, or even chip them, to be worth hearing. Yet to varying degrees, we all have our antenna up for something that does break molds, but doesn’t simply leave you with a pile of shards, as if to proclaim nothing more than, “You see? We can break things!”

The demo you’re about to hear is indeed something that sounds very different from anything you’re probably accustomed to, and its ambitions go beyond the music itself. The explanation will take a few paragraphs, but I encourage you not to skip past them, because it’s a story that will explain and deepen the appreciation for what you’re about to hear.

And what you’re about to hear is 1: Gelige, traumatische zielsverrukking by the Dutch “post-black metal” band Grey Aura, along with the spoken recital of the first chapters of a book, in advance of its Bandcamp release tomorrow (July 12). END_OF_DOCUMENT_TOKEN_TO_BE_REPLACED 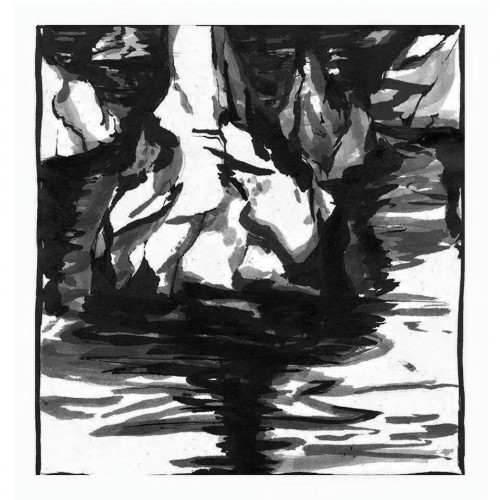 Grey Aura are a two-man Dutch band who have recorded a massive debut album, a double-record entitled Waerachtighe beschryvinghe van drie seylagien, ter werelt noyt soo vreemt ghehoort that was initially self-released on Bandcamp and will now be released in June by the astute Finnish label Blood Music, both digitally and in a remarkable 2-CD set housed in a 60-page hardback book with foil-stamped printing.

Now, you may have already heard something about this unusual and tremendously ambitious album. In fact, if you have long memories, you may have heard about it here at NCS, because I wrote about two of the songs when they were first released for streaming in late 2014. Yes, this has been in the works for a long time, but when you understand more about the nature and scope of the project, you’ll understand why so much time has been invested in it. And so here’s the context of this album — followed by our premiere of yet another song: “Ijshoek“. END_OF_DOCUMENT_TOKEN_TO_BE_REPLACED

Based on past experience, I was expecting something crushing and savage, and I wasn’t disappointed. “Invierno” is one big sonic meat tenderizer. Everything about it is immensely heavy and dark, driven by a combination of needling and piledriving riffs, and with a couple of skull-smashing breakdowns. It’s an exclusive stream, so go here to listen: END_OF_DOCUMENT_TOKEN_TO_BE_REPLACED