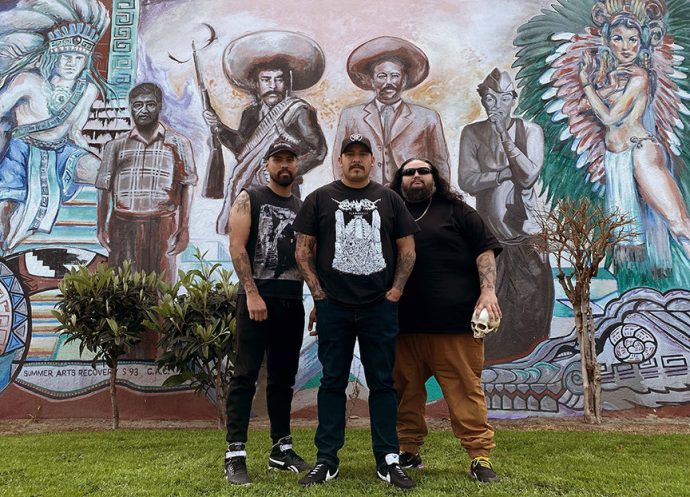 (In this May 2020 edition of THE SYNN REPORT Andy Synn combines reviews and streams of all the albums (and one EP) released to date by the California band Xibalba, including their latest album released just yesterday by Southern Lord.)

Depending on who you ask, Death Metal and Hardcore are either mortal enemies or eternal blood brothers, divided or bound by a mutual love of pure heaviness and pulverising aggression.

Californian crushers Xibalba clearly see the two styles as different sides of the same coin, and have been paying their dues for over a decade now, producing, to date, four impressively intense albums of churning riffs, chunky breakdowns, and belligerent bellowing vocals.

But, for whatever reason, the band just haven’t had that major “break out” moment yet, which is pretty shocking when you consider how much crossover potential there is in their sound. After all, they’re pretty much the only band I could ever recommend equally and without reservations to fans of Earth Crisis or Entombed, Disembodied or Dismember, Misery Index or Machine Head or Morbid Angel.

Hopefully, however, the recent release of their fourth album, Años en infierno, should give their profile a major boost, meaning now is the time to jump onboard the hype train before you get left behind! END_OF_DOCUMENT_TOKEN_TO_BE_REPLACED

Based on past experience, I was expecting something crushing and savage, and I wasn’t disappointed. “Invierno” is one big sonic meat tenderizer. Everything about it is immensely heavy and dark, driven by a combination of needling and piledriving riffs, and with a couple of skull-smashing breakdowns. It’s an exclusive stream, so go here to listen: END_OF_DOCUMENT_TOKEN_TO_BE_REPLACED 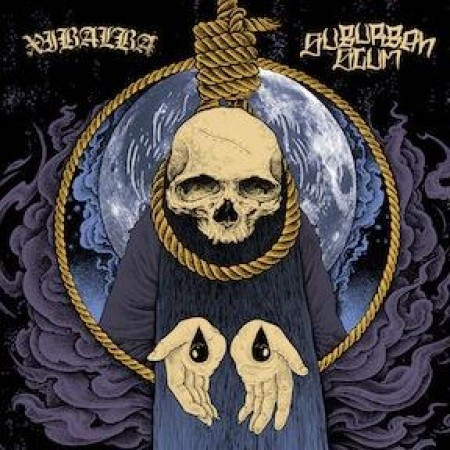 Some people have no use for a mosh pit. They prefer to go to shows and watch and listen and do their own thing in their own space. In my case, I’m too old and too big to mosh very much any more. My cat-like reflexes have dulled to the point of being loris-like, and there’s now a high risk I’d either wind up on my ass or inadvertently send someone else to the ER. But I’m damned sure if I heard either one of these next two songs at a live venue, I wouldn’t be able to resist.

The songs come from a new split by California’s Xibalba and New Jersey’s Suburban Scum. It will be released May 13 by Closed Casket Activities, both digitally and on 12″ vinyl. I liked the fuck out of Xibalba’s 2012 Southern Lord album Hasta La Muerte and have been eager to hear what they came up with for this split. I hadn’t come across Suburban Scum before; their last release was a 2012 EP entitled Hanging By A Thread (on 6131 Records).

Yesterday Closed Casket Activities started streaming one song from the split by each band. Xibalba’s “Death Threat” is heavier than the massed assemblage at your average truck-stop diner. END_OF_DOCUMENT_TOKEN_TO_BE_REPLACED