In a nutshell, these five new LVTHN songs are potent examples of bestial black art — torrential hailstorms of knife-edged riffs undergirded by the distant rumble of percussion and pierced by flesh-rending vocals, with waves of dark, dramatic melody moving through the music like the migration of leviathans. It’s gripping, galvanizing, ravaging music, with just enough well-placed breaks in the onslaught to prevent total sensory overload.  And the Katharsis cover is obliterating.

P.S. “Opposed By the Nameless” has vaulted onto my list of candidates for Most Infectious Extreme Metal Songs of 2014.

P.P.S. The track by Lluvia on the split is also worth your time.

The Grand Uncreation was released by Amor Fati Productions, and the split is available from Fallen Empire Records; both are also available for download on Bandcamp. Check the links below.

When my NCS comrade DGR linked me to the videos you’re about to see, he wrote: “We need to keep an eye on this”. And hell yes, we do indeed.

Necrosavant is a Swedish blackened death metal project who have recorded a debut album (Aniara MMXIV) that includes contributions by some notable guest vocalists: Tobias Netzell (In Mourning, Majalis, ex-October Tide), Alexander Högbom (October Tide, Centinex, Moondark, Volturyon, Spasmodic), and Daniel Jansson (IKHON, Majalis). That alone would have been sufficient to draw our close attention, but there’s also this:

The album is more than 45 minutes long, it consists of one continuous song with lyrics in Swedish that contain approximately 1137 words, and it’s conceptually based on a 1956 Swedish space opera in poetic form named Aniara, by Swedish Nobel laureate Harry Martinson.

I’m not sure who is behind Necrosavant other than Jonas Martinsson (Majalis). I shall endeavor to find out. In the meantime, watch and listen to these clips of the guest vocalists recording in the studio. The music sounds grim, predatory, atmospheric… and monstrously good. 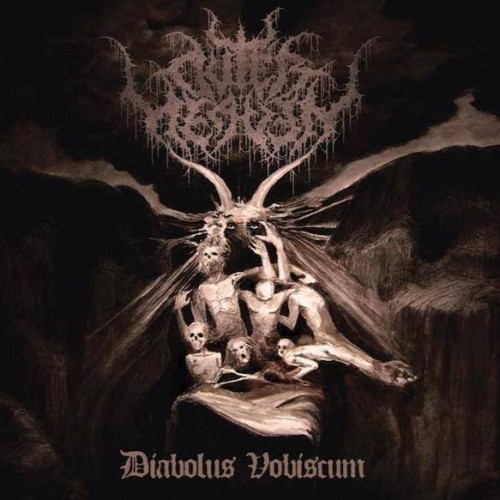 Outer Heaven are a quartet from Douglassville, Pennsylvania whose 2013 demo I described (here) as “crushingly heavy and eminently headbang-worthy, a merciless horror of doom-drenched death metal fueled by ravaging riffs that alternately grind, romp in a d-beat rhythm, and chug like a freight train”, with “grisly melodies have a way of infiltrating themselves into your skull” and “deep, tyrannical vocals that are horrors all by themselves”.

Outer Heaven now have a debut album on the way named Diabolus Vobiscum; it’s scheduled for release on February 10 by Melotov Records, and last week DECIBEL premiered one of the new songs, “Vile Rebirth”. Everything I said about the demo is true in spades of this new track — it’s a mammoth, grinding battle tank of skull-crushing death, trailing noxious clouds of exhaust in its wake. Damned good! Go here to listen.

P.S. The band’s 2013 demo is available on Bandcamp — you should check it out via the link below. 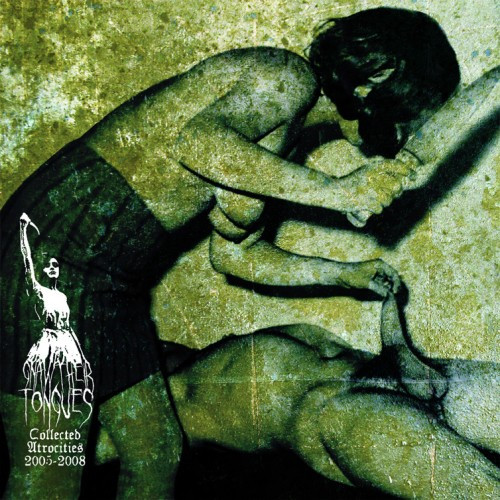 Here’s a piece of news and related music that I can’t believe I overlooked. Having seen the cover art, I’m even more perplexed about how I could have missed it.

The news: On February 3, 2015, Crucial Blast Records will be releasing a double anthology that collects the out-of-print early short recordings of the Dutch black/doom/industrial band Gnaw Their Tongues, the disturbingly attractive solo project of the extravagantly creative Mories (Cloak of Altering, De Magia Veterum, Aderlating, etc.). The anthology includes work from the band’s first three years — the Prefering Human Skin Over Animal Fur, Horse Drawn Hearse, and For All Slaves… A Song Of False Hope EPs, the tracks from the Static Hymnal compilation, and other rarities.

The music: A song named “Slaves”, which is the final track on the first disc of this compilation. I’m not sure exactly when it was recorded, but it hasn’t been previously released. I found it fascinating — the movements of a tortured soul through harrowing stormfronts of sound. Radioactively obliterating, demonically deranged, and wholly unsettling. 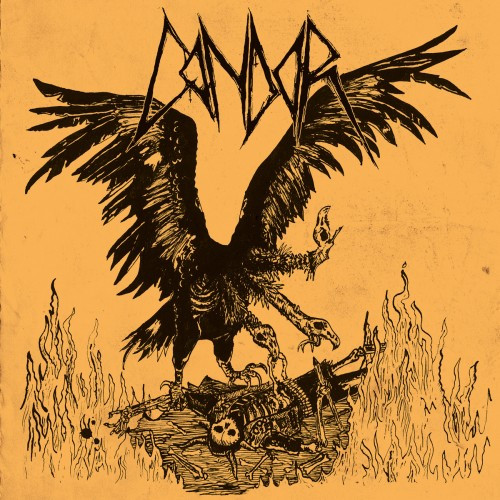 The last item in this collection is yet another release I can’t believe I missed when it happened in mid-September. It’s a pair of songs by the Norwegian band Condor that appeared on a split 7″ EP with Töxik Death called Victims of Burning Death. Condor’s debut self-titled album was one of 2013’s bright discoveries, and I’ve been trying to keep my eyes peeled for something new ever since hearing it.

Both of these new songs help cement Condor’s status as one of the best of the new thrash bands on the scene. They can fly like jets, but they augment their turbocharged fury with a lot of impressive technical acrobatics, a multitude of melodic hooks, and a knack for turn-on-a-dime rhythmic dynamics. And they do all that without sacrificing the sense of raw, feral energy at work.

Victims of Burning Death was released by the German thrash-focused label Dying Victims Productions. Condor’s two tracks can be streamed below. 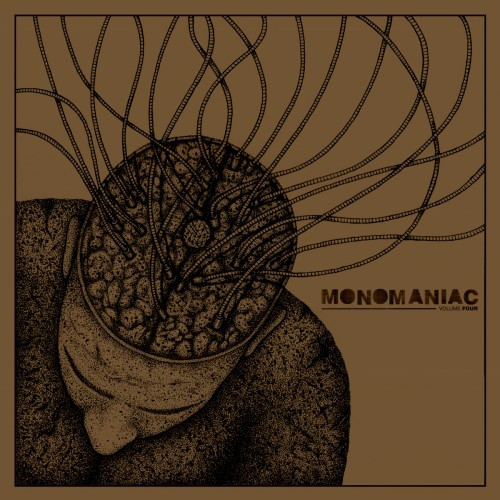 Yet another release I somehow overlooked until this weekend: The awesome Blastbeat Mailmurder, an independent record label and distro based in Greece operated by Panos Agoras (the vocalist of the killer astrogrind outfit Dephosphorus) released a new compilation of songs in September. Entitled Monomaniac Vol. 4, it includes 21 short tracks  and it’s available for pay-what-you-want on Bandcamp, as well as on vinyl. I only recognize a handful of the band names, but two of those names are Bölzer from Switzerland and Spectral Lore from Greece, and those happen to be two of my favorite bands.

Bölzer’s offering is “The Eternal Monarch”, and it sounds very much like Bölzer — by which I mean that this band have somehow managed to define a distinctive sound and atmosphere within the very crowded space of blackened death metal. Spectral Lore’s track is “The Cosmic Suicide”, an astral excursion that begins in a slow drift through glowing nebulae and then begins to blaze like a comet.

I’ve embedded streams of both these songs below, but I do encourage you to check out the entire compilation via the link below (I sure as hell will be doing that myself).