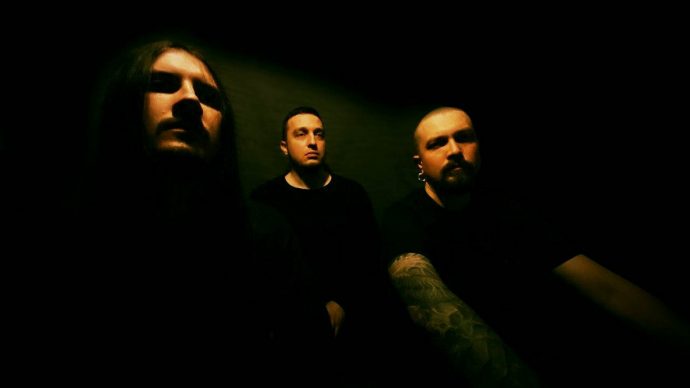 (Vonlughlio has brought us another recommendation, which he describes in this post — a 2020 demo by a relatively new band from Belarus.)

Being able to write here on NCS about the bands in one of my favorite genres (Brutal Death Metal) is something that I have been grateful for, to help spread the word with the hope that readers will find something they might like.

I am always on the lookout for releases coming up from new and unknown bands that will grab my attention. So on that note, I have to write about a band called Grimentity who released their three-song promo To Perfection this past February — two original tracks and a Lock Up cover.

The project is a trio hailing from Minsk, Belarus, that was born in 2018, combining death and grindcore elements.   Soon after their birth they released their first demo The Power of Broken, with two songs that gave a great representation of their music.  The band is Roman Drobishevski (drums), Pavel Lapkovski (guitar, vocals), and Nikita Metelskiy (vocals, bass). END_OF_DOCUMENT_TOKEN_TO_BE_REPLACED