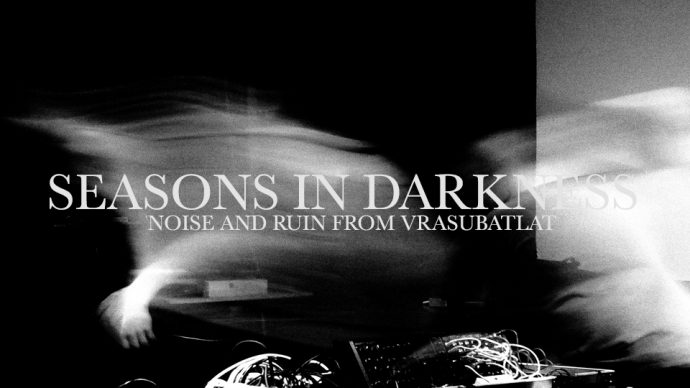 (We are very happy to welcome Kaptain Carbon back to NCS with this feature on a series of forthcoming 2017 releases by a label known as Vrasubatlat. Kaptain Carbon operates Tape Wyrm, a blog dedicated to current and lesser-known heavy metal. He also writes Dungeon Synth reviews over at Hollywood Metal as well as moderating Reddit’s r/metal community.)

This is not the first time I have written about Vrasubatlat, nor do I believe it will be the last. Over the course of these past years, I have become enamored with the output from this Pacific Northwest label. Aesthetic is important in heavy metal, and the bands that revolve around the universe of Vrasubatlat all seem to be circling the same themes. While each of the bands represented on the label has its own personality, the general tone of spiritual violence, existential ruin, and transcendental obliteration seem to make a solid foundation.

I have decided to wait until now to discuss the recent and future releases from Vrasubatlat. Perhaps I can only experience this type of music in segments, as too much would leave me inverted and eviscerated. Through this showcase and review, I will most certainly be using flowery and colorful descriptions. Part of this is just a writing style, but the other is to express the immersion into unsettling waters. Vrasubatlat is certainly not the end of harsh and dissonant sounds but they are certainly a label with an energetic spirit for it and a lack of caring for others.

Below are a list of releases and new demos from new projects from 2017. I feel fortunate to hear these demos before their release date like some sort of chosen prophet who sees imminent doom in the stars. What I can tell you is that this label, while already ornery and antisocial, has found new ways to describe disgust. END_OF_DOCUMENT_TOKEN_TO_BE_REPLACED 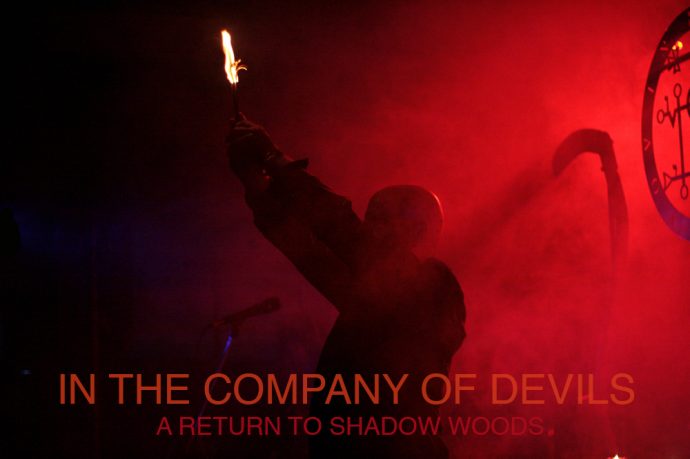 By the time the campfire of the second night was winding down and shrieks were heard throughout the woods, immediately swallowed by hideous laughter, the number of people who attended this year were convinced that this may be a thing to do every year. END_OF_DOCUMENT_TOKEN_TO_BE_REPLACED 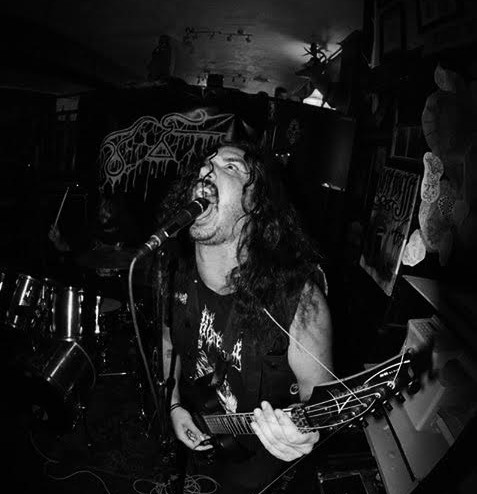 (We are happy to have Kaptain Carbon back with us. On this visit, he helps to commemorate the 10th release of a label called Vrasubatlat. Kaptain Carbon operates Tape Wyrm, a blog dedicated to current and lesser-known heavy metal. He also writes Dungeon Synth reviews over at Hollywood Metal as well as moderating Reddit’s r/metal community.)

It is no secret Vrasubatlat has recently become one of my recent favorite labels and collectives of bands. If you read my previous column on some of my favorite demos of 2016, you will see a glowing endorsement at the top of the page. It is only because this label keeps putting out music that I keep wanting to write about. Once they stop, I will stop as well. I do not know what to tell you. There is just something appealing about music when it feels like an open wound.

This article is to celebrate Vrasubatlat’s tenth release in two years, as well as introduce others to the wild and hellish world of black / death with social issues. END_OF_DOCUMENT_TOKEN_TO_BE_REPLACED 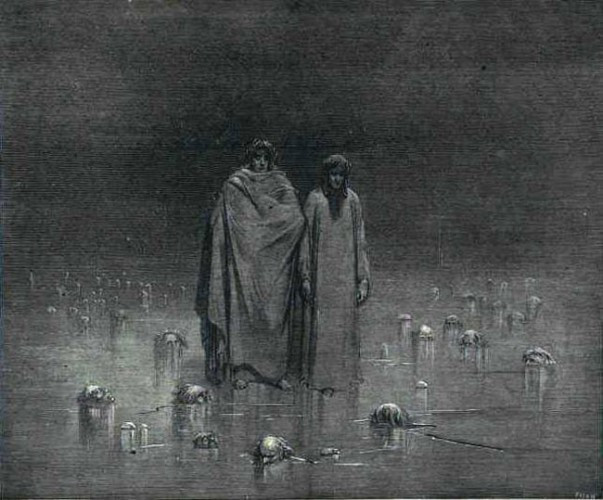 Demos have been of immense interest to me because they are an entity whose intent has changed over the years, particularly since the era of the digital internet landscape began. Artists can release full-length albums to fans without the need for a record label intermediary. Demos were originally intended as a demonstration to labels, which could lead to albums and further releases with that label’s support. While this seems like a dream of the halcyon days of big labels, the process of demo to album still exists in underground metal, albeit slightly different in intent. END_OF_DOCUMENT_TOKEN_TO_BE_REPLACED

“He is Risen!”, they shouted in an authentic southern accent with mocking glee. This was Easter Sunday in the thick of Kentucky during one lull between songs at the second Blood of the Wolf festival. The crowd celebrated the fact that it was, in fact, Easter sunday and the whole weekend was centered around macabre imagery of rising dead. What I am surprised about in this anecdote was not the fact that it happened but how little it happened over the course of Good Friday to the holiest of Sundays. In fact, the whole festival, which drew bands and fans from the midwest and eastern coast of the US, appeared to be more grateful than blasphemous. How can you really be spiteful when you have three days of gorgeous weather, a craft beer garden, and a host of raw, unyielding death metal bands? END_OF_DOCUMENT_TOKEN_TO_BE_REPLACED 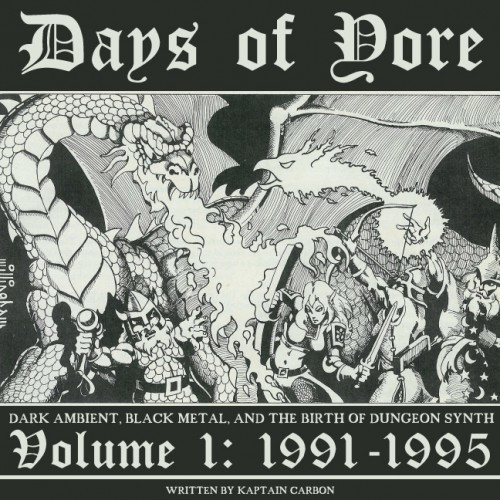 (Kaptain Carbon returns to NCS with a feature devoted to Dungeon Synth”.  Kaptain Carbon operates Tape Wyrm, a blog dedicated to current and lesser known heavy metal. He also writes Dungeon Synth reviews over at Hollywood Metal as well as moderating Reddit’s r/metal community. We’ve heard that he is also a fantastic dungeon master and has some wonderful EDH decks.)

If you have been following my exploits and research into dungeon synth, this article should come as no surprise. For the past year or so I have taken a swan dive into this genre without any hesitation or thought of the consequences. If you are new to dungeon synth, allow me to give you a proper introduction.

END_OF_DOCUMENT_TOKEN_TO_BE_REPLACED 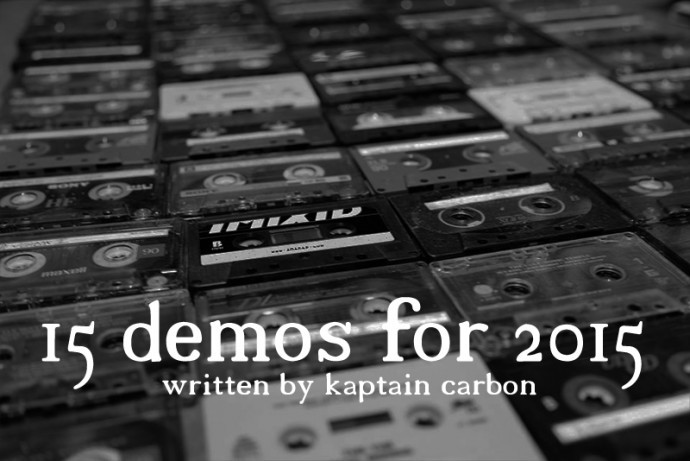 (Kaptain Carbon returns to NCS with a year-end list of 2015 demos. Kaptain Carbon operates Tape Wyrm, a blog dedicated to current and lesser known heavy metal. He also writes Dungeon Synth reviews over at Hollywood Metal as well as moderating Reddit’s r/metal community. We’ve heard that he is also a fantastic dungeon master and has some wonderful EDH decks.)

Demos were intended to be a demonstration of talent, which could then be passed along to record labels and production companies. The demo would entice interest and would hopefully lead to a larger, more produced effort. This has pretty much been erased since even first efforts from musicians can mimic decent production, and self-produced full lengths are released as first products.

The idea of demos has all but gone away, save for underground metal. It is here where demos are either the first step in a long process of releases or the end point for musicians who never release full-lengths. Demos, in heavy metal, attract a certain allure for their primitive and unadulterated potential despite the reality surrounding them. END_OF_DOCUMENT_TOKEN_TO_BE_REPLACED 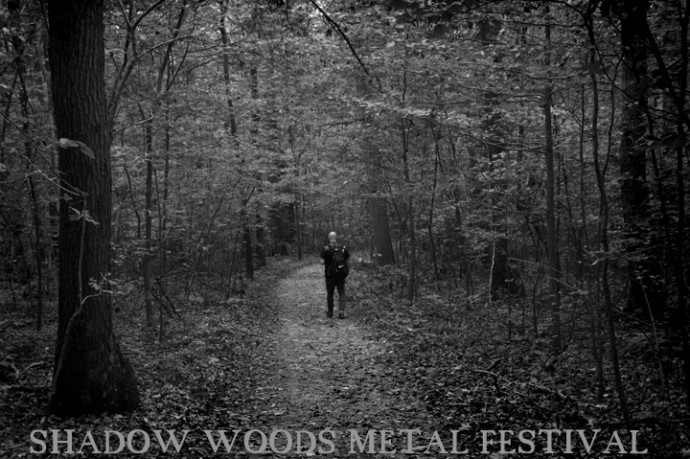 (A long time has passed — two years and 11 months to be exact — since we last featured the writing of Kaptain Carbon at our site, but he has returned with this review of the first Shadow Woods Metal Festival, which took place on September 25-27, 2015, in White Hall, Maryland. All photographs in this post, most of which appear at the end of the review, were taken by Kaptain Carbon as well. Kaptain Carbon writes for Tape Wyrm (http://tapewyrmmetal.com/) and Hollywood Metal (http://hollywoodmetal.com/author/kaptaincarbon/) and also moderates Reddit’s metal subreddit r/metal.)

There were many things to be excited about at Shadow Woods Festival. First and foremost, it was a metal festival in a remote campground outside of Baltimore. While not the only outdoor metal festival, Shadow Woods offered an opportunity for America to mimic an event that Europe has done for decades. This was the inaugural event for a team of promoters and record labels who had little experience in hosting someting of this size and interest level. Second, the weather was supposed to be gorgeous and, for the cooling months of early autumn, in the low ’60s in temperature, a perfect time to feel the chill of heavy metal.

Upon arriving, the entrance to the camp was signaled by a printed flyer duct-taped to a cone, obscured by a bush. Another sign pointing in the direction of the festival was propped against a decorative bench in front of a remote house with a manicured lawn. Camp Hidden Valley usually plays host to numerous day camps for children, with its scariest events being schlocky haunted trails during Halloween. Other than that, Camp Hidden Valley offers educational programs for the Boys and Girls Club serving the greater Baltimore area. For the last weekend in September, however, more than 200 metal fans and adventurous spirits were sprawled throughout its 180 acres to celebrate darkness and fair weather chaos. END_OF_DOCUMENT_TOKEN_TO_BE_REPLACED