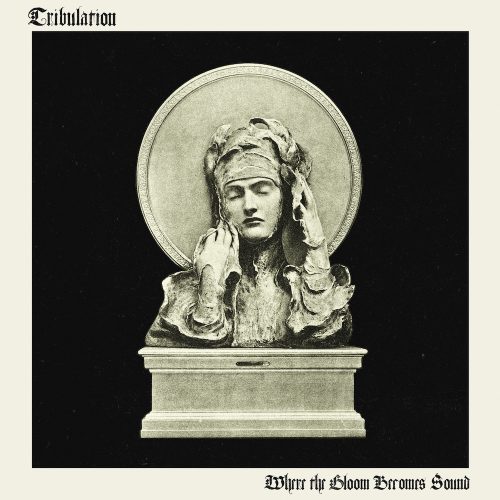 One look at the title of this post tells you it’s a mega-sized round-up. Deprived by my fucking day job of the time to do round-ups during the work-week, I’ve been left to do them on Saturdays. But I had to do non-NCS work yesterday too, so here we are, with a Sunday collection of new songs and videos.

Big as it is, this post barely dents my list. But picking the music of these nine bands made sense to me, because I was again lucky to listen to songs which seemed to line up nicely into a playlist that flows rather than jars. For those of you who come here on Sundays for SHADES OF BLACK, fear not because I still plan to write that column too (though it will be short), and you’ll find some black metal below as a head-start.

To begin, I’ve chosen a new song and video named “Leviathans” by the Swedish band Tribulation. My appreciation for their music took some time to grow after they began changing their musical course, but witnessing their amazing performance at Iceland’s Ascension Festival in 2019 made me a true believer, and this new song does nothing to shake that. END_OF_DOCUMENT_TOKEN_TO_BE_REPLACED

My comrade DGR pointed me to For I, the Misanthropist, the third album by the Greek band Human Serpent. I don’t think we’ve written about Human Serpent before, although in preparing to write this post I saw that the band’s last release (just a few months ago) was a 20-minute collaboration with Isolert, who I have tried to expose to our readers on a couple of previous occasions. That’s a release I need to listen to (and you can listen to it here as well). END_OF_DOCUMENT_TOKEN_TO_BE_REPLACED

I realize this is the third day in a row when I’ve compiled a round-up of new music. Some of you who don’t check in with us over the weekends are going to find a truckload of new tracks that have appeared since the end of the day Friday. Moderation, however, has never been our thing. I guess you could say we’re extreme in more ways than the music we tend to prefer.

It also gives me ghoulish pleasure to say that we’re not pausing after this: Three track premieres will be following this round-up today. And  there will be another round-up tomorrow (which will be my effort to complete the SHADES OF BLACK collection that I began yesterday but couldn’t finish due to a vicious hangover).

To begin, I have a nearly 12-minute song from the debut album of Cryptic Fog, which at the time of this recording was a two-man operation consisting of guitarist/bassist Dave Bennett and drummer/vocalist Dan Klein. The name of the album is Staring Through the Veil, and the Swedish label Blood Harvest will release it on October 27. END_OF_DOCUMENT_TOKEN_TO_BE_REPLACED

Kavyk is the name of a new band from Hammond, Louisiana, whose four members come from the ranks of Legions of Hoar Frost, Celestial Mechanics, Withering Light, Suspended Obscurity, and In Medias Res. They’ve recorded a debut demo that will be released later this year, and today we introduce you to Kavyk’s music through our premiere of one of the demo’s songs: “Hymns and Hollow Words”.

Over the last couple of years, song and album premieres have become a weekly staple at our site. Though we only feature them when we truly enjoy the music, the significant majority of them have come our way from record labels (both large and small). In this case, the song arrived directly from the band — and a brand new band at that. But the song immediately grabbed me, like a cat on a somnolent mouse. And like the cat in that metaphor, it quickly shot an adrenaline charge right through me as its teeth clamped down on my neck. It’s quite an awakening experience. END_OF_DOCUMENT_TOKEN_TO_BE_REPLACED