My comrade DGR pointed me to For I, the Misanthropist, the third album by the Greek band Human Serpent. I don’t think we’ve written about Human Serpent before, although in preparing to write this post I saw that the band’s last release (just a few months ago) was a 20-minute collaboration with Isolert, who I have tried to expose to our readers on a couple of previous occasions. That’s a release I need to listen to (and you can listen to it here as well).

For I, the Misanthropist has a January 30 release date, and two of the songs are now streaming — “The Scars of Millions” and “…To Son of Nothing“. Both are potent creations — boiling with ferocious energy, rhythmically dynamic, and infused with intense and memorable melodies that convey moods of depressive hopelessness and explosive rage.

Produced in a way that gives the music a clear and powerful sound, the songs leap out of the speakers like forces of nature, and the vocals are simply scorching in their extreme emotional urgency. This is truly gripping stuff. 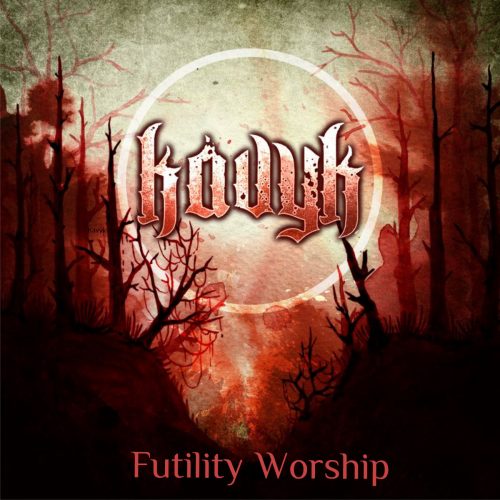 Back in 2015 we premiered a track from the debut demo by a band from Hammond, Louisiana, named Kavyk, and then last September I wrote about a lyric video that Kavyk had just released for a song called “Everything Wilts” from their split with Cosmic Behemoth. A couple of weeks ago Kavyk released an EP through Bandcamp that includes both “Everything Wilts” and the EP’s title track, “Futility Worship“.

To repeat what I wrote earlier about “Everything Wilts“, it’s a nightmarish track, unsettling on multiple levels, that combines elements of black metal, progressive metal, and atmospheric doom. It’s  dissonant, grim, and sludgy, and it’s strange, mercurial, and ominous. There’s an active, bubbling bass in the song, and drum rhythms that are unpredictable. The guitar grinding and bludgeoning rhythms are very heavy, and the vocal rasps and howls are mind-scarring.

It also includes a shimmering melody that’s haunting, to the point of stiffening the hairs on the back of your neck — a sorcerous bit of sinister spellcasting in a song that ratchets the tension, and relieves it only with visions of stalking shadows.

“Futility Worship” is half again as long “Everything Wilts”, and Kavyk make excellent use of the expanded time, transitioning through a variety of gripping riffs, flickering guitar arpeggios, propulsive drives,  and musical moods. The melodic currents are often infused with shades of melancholy, to the point of desolation, but there is considerable beauty in the song as well as intense vibrancy. It surges and soars in a way that makes the heart swell. 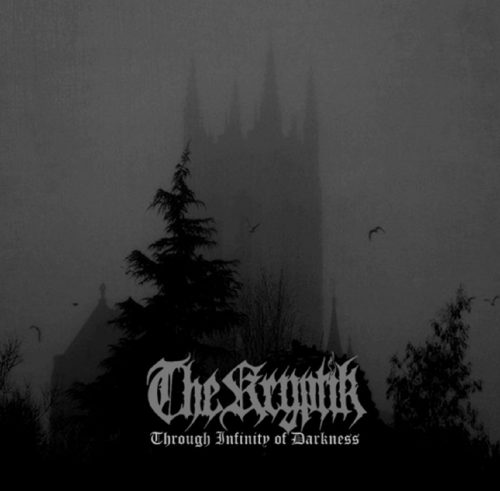 In November of last year the Brazilian black metal band The Kryptik released a debut album named Through Infinity of Darkness. I learned about it through publicity devoted to a tape release and a CD edition, which have become available more recently. The song I’ve heard so far is “Rise” — I actually didn’t realize that the entire album is available on Bandcamp until shortly before finishing this post.

Aided by sweeping, panoramic waves of keyboard melody, the song has an air of bleak grandeur and wrenching drama. The vocalist splits his throat in explosions of intense pain (or intense fury), and the riffing is just as intense. And when the band shift into a rocking cadence, heads will move even more vigorously. It’s the kind of emotionally powerful, pulse-pounding song that has the capacity to pick you up and hurl you across the skies.

Although I’ve only heard this one track from the album, I’ve included the full stream below, which I do intend to explore further. 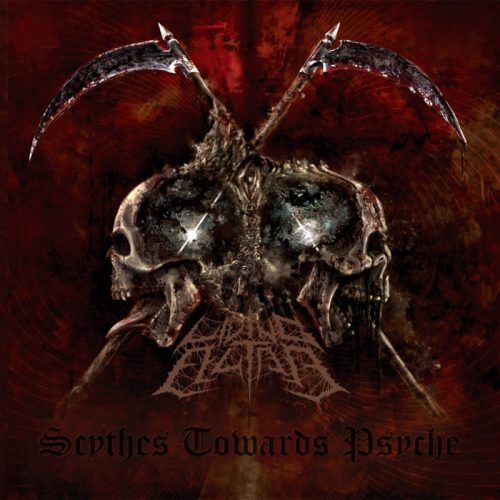 Scythes Towards Psyche is the debut EP and third release overall by the Lithuanian band Living Altar. It will be released on February 12 by Inferna Profundus Records (jewel-case CD), with a tape edition coming soon after via Rat King Records.

The EP includes six tracks, and “Altered States” is the one that has been revealed so far. On the one hand, the song levels a ferocious black/death attack, heartless and cruel and near-chaotic in the fury of its onslaught, a maelstrom of whipping riffs, plundering drum frenzies, and bloody-minded vocal barbarism. There’s a point as the song nears the end when the band turn the power dial even further into the red zone, and it has an equally explosive effect on the listener’s pulse rate.

On the other hand, there are some punishing grooves in the song, too, of the kind that might tempt you to bang your head against the closest wall. Damned impressive work, and a damned alluring teaser for this new EP. 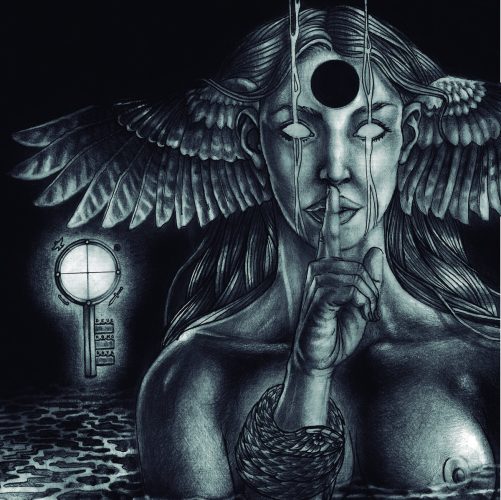 Niphredil come our way from Quito, Ecuador. Their self-titled debut EP seems to have first been released in the spring of last year (if Metal Archives is to be believed), but became available on Bandcamp more recently. I checked it out after receiving an e-mail from one of the band’s members, and was enormously impressed.

The EP includes an intro, an outro, and two main tracks of substantial length sandwiched between them. Although those two songs stand alone quite well, I encourage you to begin at the beginning and experience the full ride, because it’s such a varied and fascinating trip.

The ambient intro sets the stage in a way that’s creepy and haunting, and forecasts the coming of some kind of serious peril. Rather than leap out like a xenomorph from a victim’s chest, as I thought might happen, “Beneath the Earth” proceeds at a stately pace, heavy and beleaguered, but the guitar leads shimmer and shine like fire. And after a cosmic ambient bridge, the foretold explosion finally comes. Aided by savage, scarring vocals the music surges in a display of frightful and foreboding majesty.

One thing that hooked me by the EP is Niphredil’s penchant for executing sharp course changes without losing the music’s melodic cohesion. And so “Beneath the Earth” also moves into a rocking swagger, as well hard-hitting attacks of ferocity and an almost funereal dirge-like procession. There’s some especially beautiful guitar work in the song’s back half…. and an equally beautiful but forlorn piano solo that closes the song.

“Myriads of Stars” is no less kaleidoscopic in its changing musical colors. Brooding and bleak at first, with craggy riffs and a moaning and wailing guitar lead, it draws from the black pools of doom, yet the harsh chanted vocals also give it the air of an infernal ritual. And then the song begins to build in intensity, thanks to a fast, jabbing riff and a dual-guitar harmony that ratchets the tension.

But the simmering heat subsides rather than reaches a full boil, and the song falls into another slow-moving expression of grief. Yet the music does finally reach the boiling point — though still grim and bereaved in its feeling. This ebb and flow in the song’s pacing and intensity continues, which keeps the listener rooted in place… and like the song that precedes it, “Myriads of Stars” ends in a way that’s sublimely beautiful, in a duet of acoustic and electric guitar.

The ambient outro ties these changing experiences together in a way that I think works… but I’ll let you discover how for yourself.