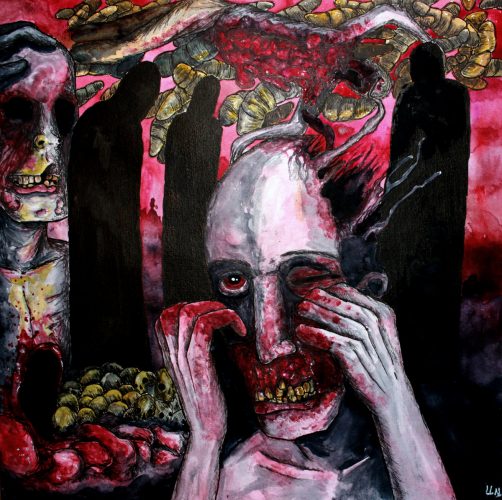 I know it has been a pretty hefty amount of time since I last touched bases here at NCS. I’ve found that the queue of reviews continues to build up and I fell victim to it, allowing the tremendous amount of stuff that I wanted to talk about to become absolutely paralyzing, to the point where I just couldn’t cohere thoughts anymore. In this case, it was because a handful of releases were clogging up the works — discs that I had been enjoying for the better part of half a year now but for some reason or another we just never got around to talking about.

So, this collection of smaller reviews is an experiment, an opportunity to try writing something briefer and more concise. Much as I love to dissect an album and romp around in its innards until I’m a gore-soaked mess from time to time, I also feel like this is a collection of discs that I need to get out there, especially as we draw closer and closer to the year-end collections, when there’s a good chance that some of these discs will be popping up on there. At the very least, I want to get these bands out there for people to listen to, as some of these are flying under the radar and absolutely shouldn’t. END_OF_DOCUMENT_TOKEN_TO_BE_REPLACED

If you heard an immense boom recently and had to look around and wonder what the fuck was that?, it was likely due to the release of a new song by abyss-dwelling death metallers Ulcerate, from their October 28th album Shrines Of Paralysis. END_OF_DOCUMENT_TOKEN_TO_BE_REPLACED

(TheMadIsraeli introduces our premiere of a new song by Kinnefret from Oakland, California.)

Kinnefret were recommended to me by Ted O’Neill of Oblivion a few days ago, and after checking them out, I rushed to see if I could secure SOMETHING with these guys. I’ve only heard two songs, but I’m thus far 100% hooked. The low down: They’re from California, and three-quarters of the band are Iranian immigrants who fled so they could play metal. Artak Ozan, the band’s founder and central pillar has told me that he is actually a political refugee here in the US for having already gotten on the Iranian government’s bad side.

The music is death metal that touches on all eras of the style. There’s some old school stuff, some modern hyper-technical stuff, a good dose of melody, and some grotesque Suffo/Dying Fetus shit thrown in, all with an underpinning of distinct Middle Eastern influence and melodic tendencies. The music is wicked, and the guitar front — the thing I care most about — is playful, complex, and interesting. The dual vocal assault of Ozan and vocalist Chelsea Rocha is also pretty overwhelming, with Rocha having a beastly and powerful voice. END_OF_DOCUMENT_TOKEN_TO_BE_REPLACED