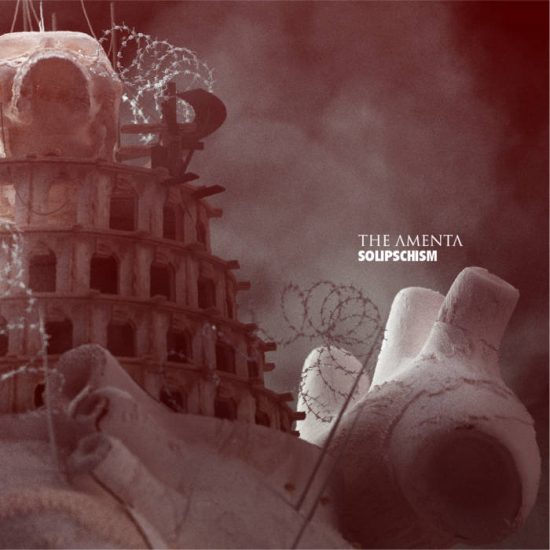 (DGR prepared the following trio of reviews for 2021 releases that don’t require a lot of your time but make a big impact nonetheless.)

It still feels strange when we get to use the “Short But Sweet” review tag for the purpose it was designed for instead of the usual ‘these reviews will be shorter than usual’ style that I favor, but when you combine the total time of the three releases we’re discussing here you wind up with a little under twenty-five minutes worth of music. Two are short because they’re the usual suspects – grindcore groups smashing out music with reckless abandon – and the other is brief because the whole release consists of only two songs, but serves as a fantastic addendum to an excellent album released earlier this year.

Solipschism is the newest release from Australia’s The Amenta, a two-song EP consisting of tracks that were initially part of the run for their earlier-in-the-year return album Revelator – in case the continued portmanteau in the song naming wasn’t enough to tip you off. It serves partially as an addendum to that previous release, unleashing one crushingly heavy almost song recorded during the Revelator sessions that seems to exist solely to ratchet up in intensity while at the same time burying vocalist Cain within an abrasive wall of sound, and one quieter experiment, both of which fall perfectly in line within that album’s current run.

As to specifically where? It’s hard to tell, but they currently do a great job stitching themselves right onto the end of an album that is already difficult to describe at times, given its tendency to murder its own momentum for the sheer fun of it and try to create haunting soundscapes out of the rubble left behind. END_OF_DOCUMENT_TOKEN_TO_BE_REPLACED