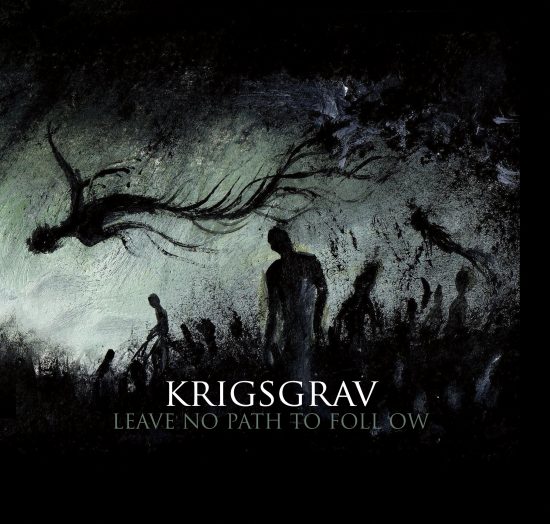 I first learned of Krigsgrav almost four years ago when Panopticon’s Austin Lunn included their third album The Carrion Fields on his 2014 year-end list at our site, praising it as “a fantastic release” with “the unique sound that American folk/Black metal has become known for, but with some Brave Murder Day thrown in there for good measure”. Two years on from that well-received third album, we had the privilege of premiering their next full-length in 2016, Waves of Degradation, which moved me to write: “As you listen to this largely mid-paced music, it’s not hard to imagine weary souls crossing the plains, hiking through rain-drenched primordial forests, or crossing ice-bound mountain passes. The music is both earthy and mystical, storming and plaintive.”

Krigsgrav have undergone some changes since then, amicably shrinking their line-up to guitarist/vocalist J. Coleman and drummer/bassist David Sikora, and they’ve recorded a new album named Leave No Path to Follow. The changes go beyond the line-up, as reflected in the music on this new record. But the emotional power of the songs is undiminished, even as the band’s musical evolution has continued.

Two songs from the album have been made available to the public so far, and we’re adding a third one today, the last original track on the album before a closing cover of Katatonoa’s “Brave” (a choice that itself will tell you something about the band’s current direction). Its name is “The End (Forever Mourne)“, presented here with video accompaniment. END_OF_DOCUMENT_TOKEN_TO_BE_REPLACED 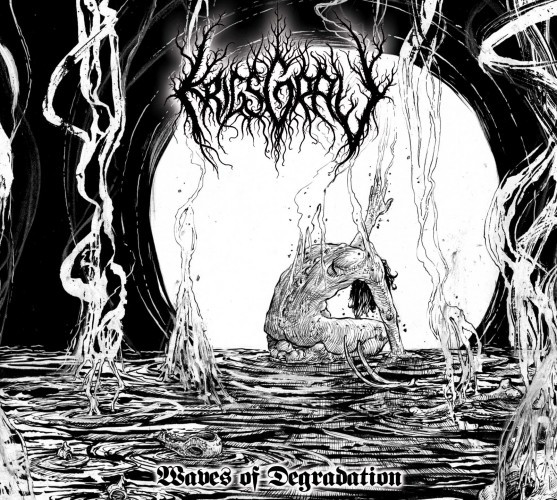 I had not really explored Krigsgrav’s music until Panopticon’s Austin Lunn included The Carrion Fields on his 2014 year-end list at our site, praising it as “a fantastic release” with “the unique sound that American folk/Black metal has become known for, but with some Brave Murder Day thrown in there for good measure”. Now, almost two years on from that well-received third album, this Texas-based band have signed with Bindrune Recordings, which will soon be releasing their new album Waves of Degradation. In advance of its April 1 release date, we bring you a full stream of the new album.

Krigsgrav’s partnership with Bindrune is a natural one. The label has released excellent albums by such bands as Panopticon, Alda, and Falls of Rauros, and Waves of Degradation will undoubtedly appeal to fans of those bands. Though Krigsgrav’s early works embraced a raw, vicious form of orthodox black metal, they have now well and truly left those days behind. Although the band still amplify the intensity of their sound by integrating the vibration of tremolo chords, blast-beat flurries, and high, agonizing shrieks (along with arid roars), the strength of their music (and its emotional power) now lies in the somber yet sublime atmospheric quality of their folk-influenced melodies. END_OF_DOCUMENT_TOKEN_TO_BE_REPLACED