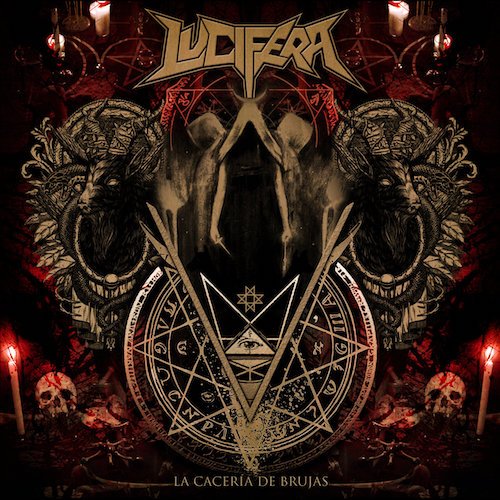 It wouldn’t be wrong-headed to label the music of La Caceria De Brujas as “black thrash”, but that label really doesn’t do it justice. For most of its 39-minute duration, this fourth album by Colombia’s Lucifera is a brazen race, fueled by the kind of feral ferocity that most people have come to expect from South American devil-thrash, but there’s uncommon depth to this music. As fierce and scorching as the music is, it’s also loaded with melodic hooks, and it achieves a feeling of divine Bacchanalian glory — summoning visions of wild exultation, of spirits set free by sorcerous conjurations.

La Caceria De Brujas will be released by the German label Dunkelheit Produktionen on February 25th (with a vinyl edition coming the next month), and today we’re presenting a full stream of this remarkable album. END_OF_DOCUMENT_TOKEN_TO_BE_REPLACED

The first song in this collection isn’t exactly new, since it previously appeared in the first of this Norwegian band’s three-part sequence of EPs entitled Monolith, which were released between November 2017 and May of this year, but now “Funeral of Funerals” has become the subject of a new video, which accompanied the news that an album collecting the music of the three EPs, and what seem to be three new tracks (which would make a fourth), will be released on February 8th. The album’s name is also Monolith. END_OF_DOCUMENT_TOKEN_TO_BE_REPLACED 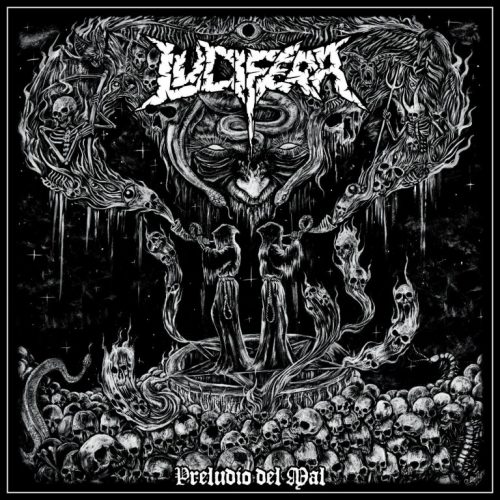 Lucifera come our way from Colombia, and they don’t come gently, even on Valentine’s Day. Their explosive advent here at our site is about as gentle as the ministrations of Sarcófago, Desaster, and Hellhammer, which are only three of the old-school exponents of satanic electrification that come to mind when listening to the song we’re about to premiere — “Los Demonios de Loudun“.

This track comes off the band’s debut album Preludio del Mar, which is set for a February 24 release by Morbid Skull Records. END_OF_DOCUMENT_TOKEN_TO_BE_REPLACED