The first song in this collection isn’t exactly new, since it previously appeared in the first of this Norwegian band’s three-part sequence of EPs entitled Monolith, which were released between November 2017 and May of this year, but now “Funeral of Funerals” has become the subject of a new video, which accompanied the news that an album collecting the music of the three EPs, and what seem to be three new tracks (which would make a fourth), will be released on February 8th. The album’s name is also Monolith. 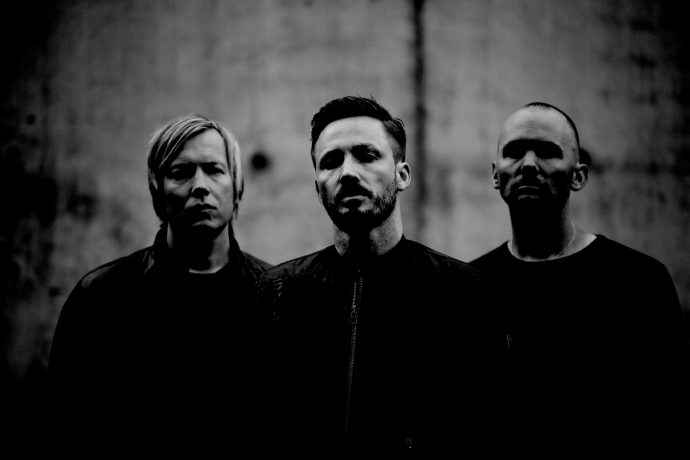 For those who might be new to the hard-to-pin-down sounds of Drottnar, I recommend the 92nd edition of Andy Synn’s SYNN REPORT, which we published in December 2017 and which included reviews of all the band’s releases to that point, including the Monolith I EP that included “Funeral of Funerals”.

Undeniably, Drottnar march to the unpredictable beat of their own drummer, although the song in this new video is also undeniably one that will get your head moving. Yet Drottnar‘s trademak intensity, twisted melodicism, and mercurial rhythmic inclinations are also on display. In other words, you can rock out and your heart might even soar at times, but be equally prepared to be battered off-balance and have your brain scrambled.

The video, by the way, is also great.

The track list of Monolith follows, where you’ll see three tracks that weren’t among those in the initial triptych of EPs.

PRE-ORDER INFO:
(see the links below the video HERE) 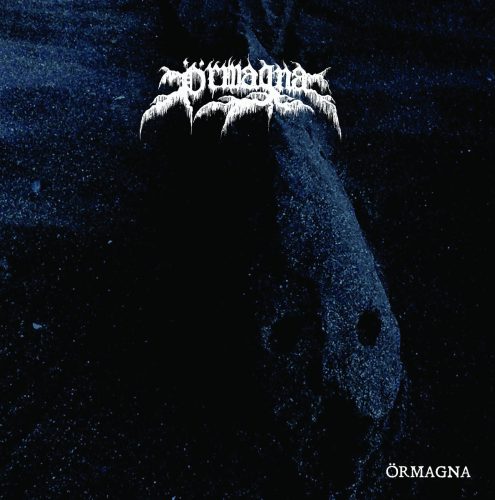 The next track in this collection, “Háskinn í Seljunum“, isn’t exactly new either. In fact, I wrote about it in July of this year when it first surfaced as a digital single. At that time, I knew that Örmagna were from Iceland, and that their debut record would be released at some point by Signal Rex (CD and LP) and by Vangandr (cassette tape), but that was all.

Now I’ve learned that Naðra’s vocalist Ö is also the vocalist for Örmagna, and that the new album was mastered by Misþyrming’s Dagur Gonzales and is self-titled — and that it will be released on February 1st.

This song hasn’t lost any of its appeal since I first heard it in July. “Háskinn í Seljunum” is almost nine minutes of cold, lead-weighted, lurching punishment, speared by spiny dissonance and spine-tingling, blood-raw vocal agony — married to surges of blasting tumult in which deep, roiling leads play as great a role in the shattering delirium as those shrieks of dissonant melody. It is heavy, harrowing music which succeeds in becoming both emotionally super-heated and oppressively desolate.

I was eager to hear the whole album back in July, and remain so. 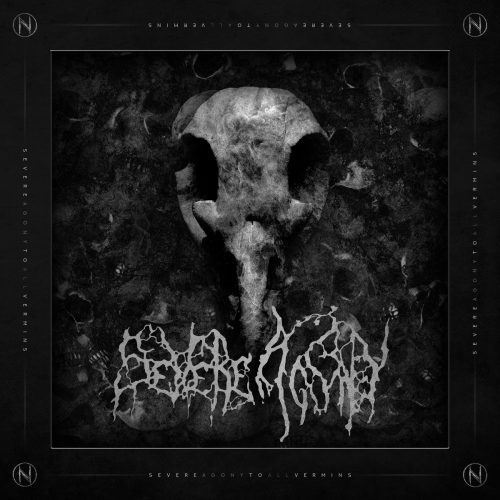 Unlike the first two bands in this collection, and the last two, Severe Agony is a new discovery for me. It’s a two-piece outfit hailing from Tunisia (Samy Ralph Jerbi and Fedor Kovalevsky) who have released two EPs and a debut album to date. The last of those was in 2011, but now Severe Torture have completed work on a new album named To All Vermins that’s set for release on March 15th.

They describe the new record as a more atmospheric and dissonant form of musical extremity than what you’ll find on the earlier music, displaying the influence of such bands as Ulcerate, Deathspell Omega, and Blut Aus Nord. And as those names might suggest, I hear as much black metal in the music as death metal, which is why I’m including them in this column — in addition to the fact that the first song revealed from the album is very good!

“Everlasting Pain” is the name of that song, and it’s downright explosive — and unnerving.  The music rushes in a mad dash, accented by constant flickering streams of maniacal, dissonant melody, by deep horrid roars, and by remarkably vibrant and unpredictable bass-and-drum work. The performances are technically impressive, and tightly harnessed, but the skill is deployed in a way that seems calculated to wreck the listener’s sanity. There’s visceral physicality in the song, but it propels us into an unearthly plane of spine-shivering wonder and blood-freezing malice. 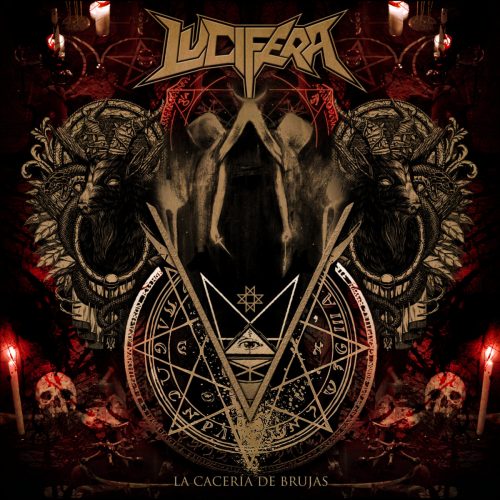 Now we return to another band whose name has appeared before in our pages, the Colombian band Lucifera. I first encountered them last year when we premiered a track off their debut album, Preludio del Mar, which was ultimately released in February 2017 by Morbid Skull Records and which I found viscerally powerful and savagely electrifying.

Their new album, La Caceria De Brujas, will be released on February 25th by Dunkelheit Produktionen. The band’s two core members — David HellRazor and Alejandra Blasfemia — remain in place, and based on the two tracks from the album we can now all here, it sounds to me like they’ve stepped up an already strong game.

“Arde En Llamas” and “Sigillum Diaboli” are the names of those two tracks. Evil and menace dwell within both tracks; they summon infernal chaos and a feeling of wild abandon (particularly in the rampant, vicious madness of the vocals); and both are loaded with insidiously powerful melodic hooks, immediately addictive riffs, and head-hammering rhythm-section work. Blackened thrash still forms the backbone of Lucifera‘s music (especially in the second song), but the song-writing here is a cut above a lot of the music that rampages under that banner. 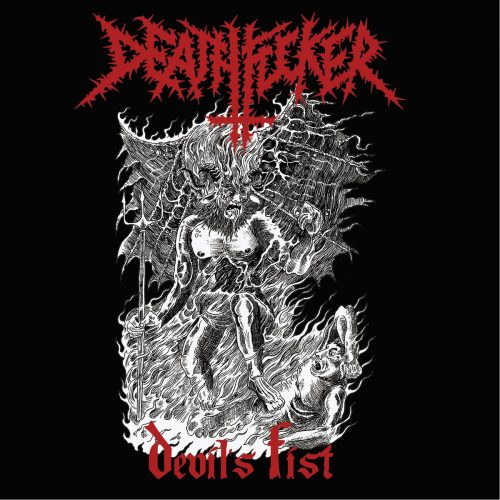 This marks the third time I’ve written about Italy’s Deathfucker. On the first occasion (here), roughly two years ago, the subject was a three-track demo named Fuck the Trinity. The second time (here) was prompted by Trauma Records‘ release of an EP bearing the same name as the demo but including two newer tracks as well as those from the demo.

I expressed the wish that both of those releases would become available digitally, and since then they have (via Bandcamp), and there’s more good news: Deathfucker have a new EP headed our way in early 2019. The name of this one is Devil’s Fist, and the title track was revealed late last month. (It also appears that the band’s original duo of guitarist/vocalist Insulter and drummer J.K. have been joined by a bassist/backing-vocalist named Pëst).

“Devil’s Fist” channels the same qualities that got me so damned excited when I heard Deathfucker’s first two releases. After a hallucinatory opening sequence, they jam the pedal all the way to the floor, flying like bat-winged demons straight out of hell. This brand of blood-lusting, blood-letting, black/speed-metal/punk is geared toward giving the listener a big dose of adrenaline, and some other drugs that are highly addictive. The vocals are as raw and wild as ever, too.

Devil’s Fist will be released on CD by Iron, Blood And Death Corp Distribucion, and on cassette tape by FUKK. For more info about the release as it becomes available, watch these spaces: