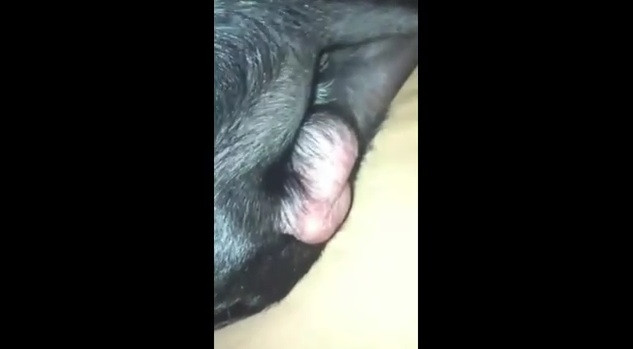 Here at NCS, we cater to all kinds of literary tastes. For example, if you visited us yesterday, you could have read Andy Synn‘s sophisticated, eloquently written, detailed analysis of an entire discography of music created by a great band (Iskald), including a review of the band’s new album. On the other hand, now that I’ve got my claws back on the tiller, the good ship NCS is running aground on the sandbar of this post about . . . dog balls.

Usually, you’d have to threaten rectal impalement to get me to watch a video about a metal band’s recording sessions. You know what I mean — those kinds of videos are usually pretty awful. For me, what counts is the music that comes out at the end of the process, not the process itself or the commentary that usually accompanies the process. I’m just not rabid enough in my fandom to watch every fucking thing that band members say and do just because they’re in a band whose music kicks ass.

But, there are exceptions to every rule, and one of my exceptions is Bury Your Dead. That’s because what happened to that band a couple years ago was the trigger event that caused us to launch this site. For fuck’s sake, the replacement of vocalist Mat Bruso with Myke Terry is what caused us to name this site NO CLEAN SINGING. And if you have no idea what I’m babbling about, read this.

So, you better believe that we’re going to cover the saga of Mat rejoining BYD and the recording of BYD’s next album in excruciating detail — including recording-session videos that begin with images of big hairy dog balls. And that may not even be the worst thing you’ll see in this video (which you can watch after the jump, unless your personal standards have already sent you off to another web site). END_OF_DOCUMENT_TOKEN_TO_BE_REPLACED 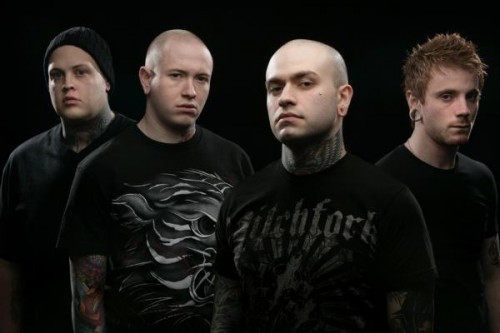 We’ve written before about our disappointment in Bury Your Dead‘s change in musical direction since the departure of vocalist Mat Bruso and his replacement by Myke Terry. We were further chagrined to learn that BYD bassist Aaron “Bubble” Patrick left the band last fall. And we were equally disappointed by the defection of band members from another repeat-play favorite of ours, For the Fallen Dreams.  (more after the jump, including a song and tour dates . . . ) END_OF_DOCUMENT_TOKEN_TO_BE_REPLACED

And then in 2007, everything more or less started going downhill. In January of that year, Bruso left the band. BYD released a statement reporting that Bruso “has come to a point in his life where he must focus on more important things like going back to school to become a teacher and his upcoming marriage.” (I’ve seen a report that he’s currently working in a special education classroom at a middle school in Maynard, Mass.) BYD replaced Bruso with Myke Terry, and, as if to announce to the world that the band was starting over, the next album was self-titled Bury Your Dead. (more after the jump, including some before-and-after video . . .) END_OF_DOCUMENT_TOKEN_TO_BE_REPLACED