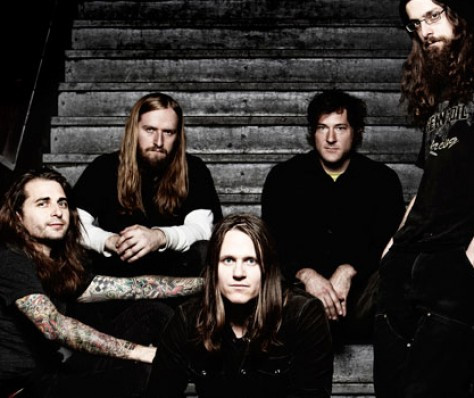 It’s shaping up to be a very metal week. On top of everything else we’ve done so far today, I’ve discovered new music and videos from three bands whose music I admire, and so I’m just going to stitch them together in this post, and then wait to see what else comes our way before the day is over.

First up is a brand new official video from Darkest Hour, for a song called “Your Everyday Disaster” off the latest album (The Human Romance, reviewed by our own Andy Synn here). I’ve lost count of how many times I’ve witnessed a Darkest Hour live show, but I never get tired of it. Those dudes never fail to bring it, with a blast of high-intensity energy. The strobe-like editing of the video (which includes “backstage” clips as well as live shots) captures something of that adrenaline-charged experience.

After that, I’ve got a new song from a Hungarian band called Meankind, whose free debut EP TheMadIsraeli reviewed here. That review, by the way, includes a speed-chess video for a Meankind song called “Incomprehensible Appetite”, which is still one of my favorites this year. The new song is called “Mantrap”. It’s more speedy, hard-hitting Meankind death metal.

And last, but not least, we have the latest offering from RXYZYXR. The last time we featured this multinational group (here), we were having fun with a new video for a song called “Nonzero” — still a blast of a video to watch and a blast of a song to hear. Now, the band have put up for streaming a re-worked version of a song called “Fractal Scout”, which originally appeared on their instrumental-only, four-song debut EP, Geometrical Metal. The new version includes vocals by Thomas Wills, who became part of this project after the EP was first released. Thomas’ vocals include lots of cleans, but we’re making an exception to our usual rule, because we like this song.

All these goodies are after the jump . . . END_OF_DOCUMENT_TOKEN_TO_BE_REPLACED