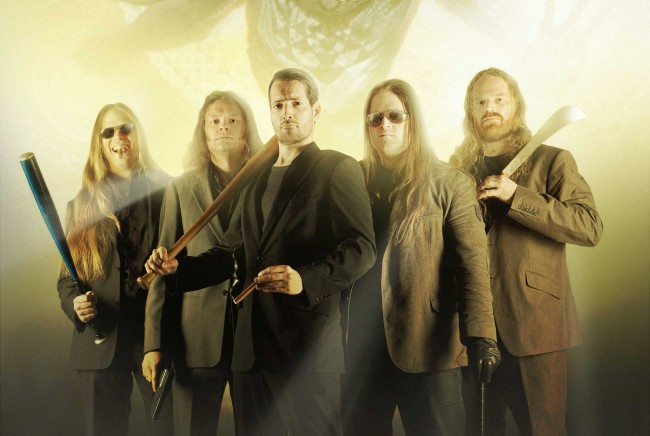 (As the title says, this is an interview with Michiel Dekker and Robin Kok of The Monolith Deathcult. I feel sure they are in this photo somewhere. I also feel sure you will thoroughly enjoy this interview. Speaking for myself, I laughed, I cried, I experienced the whole range of human emotions. And that was just while I was writing the questions. If somehow you don’t know about TMDC’s new album Tetragrammaton, read Andy Synn’s review here. The excellent photos accompanying the interview were taken by Raymond Groenink.)

Thanks for taking these questions.  Not that you have anything better to do, but I’m trying to be polite.  Is it working?

I’ll count that as a “Yes”. I was told you have a new album that’s now out.  Is this true?  I’d just like a little warning so I can make sure my bomb shelter is well-stocked and ready for occupancy.

Robin: I would like to officially state that whoever is spreading this misinformation, is spreading malicious truth.

Very well then.  I understand the new album is named Tetragrammaton.  I did some research, and it seems that “tetragrammaton” is the ancient Greek word that refers to the Hebrew theonym יהוה‎ (transliterated to the Latin letters YHWH), which is considered in Judaism to be a proper name of the God of Israel used in the Hebrew Bible.  Some people might think you’re putting on airs.  Why did you pick this as the name of the album?

Robin: Mainly so we could wallow in our own grandiose pseudo-intellectual wank and get interview questions that are marginally more interesting than asinine tripe such as  “could you please introduce the band to us” or “tell us about your new album” or “Thanks for taking these questions. Not that you have anything better to do, but I’m trying to be polite. Is it working?”. We picked this title for several reasons. 1) To keep in line with Trivmvirate (III = our third album), we needed a word that meant something to do with ‘four’ without actually being ‘four’. Tetra- means ‘four’ of course, so that’s that covered. The four letters could mean YHWH, but what they don’t tell you at bible study is that it really means TMDC. So no, we’re not putting on airs: we’re in full-on self-congratulatory mode!

Michiel: We also chose tetrAgrAmmAton as album title because of the triple A in it, to emphasize our major role in the music scene as we know it and because AAA stands for “PRIME” which is of course a reference to the narrator on this album. END_OF_DOCUMENT_TOKEN_TO_BE_REPLACED 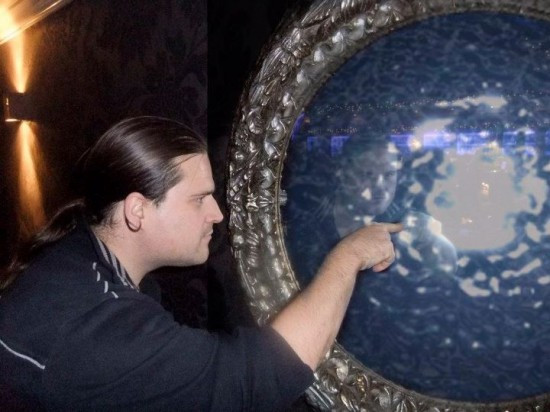 We’re big fans of The Monolith Deathcult, and we’ve written about them repeatedly over the last two years. Most recently, Andy Synn included them in a post called “The King Is Dead, Long Live the King”, contrasting “the electrifying, eclectic, and downright esoteric bludgeoning of” their album Trivmverate with the puzzling Ilud Divinum Insanus: “Unlike Morbid Angel’s most recent offering, this actually fuses a brilliant variety of techno-industrial elements and symphonic excess onto a chassis of pulverising death metal utterly seamlessly, making a whole that is far, far greater than the sum of its parts.”

Andy also wrote a SYNN REPORT about their discography, and last March I had the pleasure of interviewing the band’s guitarist/lyricist/backing vocalist Michiel Dekker (published here), who is also a high school history teacher. TMDC have been painstakingly writing and recording a new album called Tetragrammaton — almost two years have passed since the band’s last release, The White Crematorium 2.0 — and the interview provided a few insights into the typically fascinating lyrical subjects of the new album.

So far, the only lasting taste of the music from the new album is a track called “Aslimu!!! — All Slain Those Who Brought Down Our Highly Respected Symbols To The Lower Status Of The Barren Earth”, which was released last February, and can still be heard HERE. I’ve also had the privilege of listening to unfinished demo versions of a few more songs, which has only made me eager for more. I’m keeping my fingers crossed that Tetragrammaton will be released in 2012 — it’s certainly one of my most anticipated albums for this new year.

All of this is by way of introduction to the real point of this post. As part of our year-end Listmania series, I asked Michiel Dekker if he would give us a list of the best albums he heard in 2011. Instead of that, I got something perhaps more interesting. END_OF_DOCUMENT_TOKEN_TO_BE_REPLACED 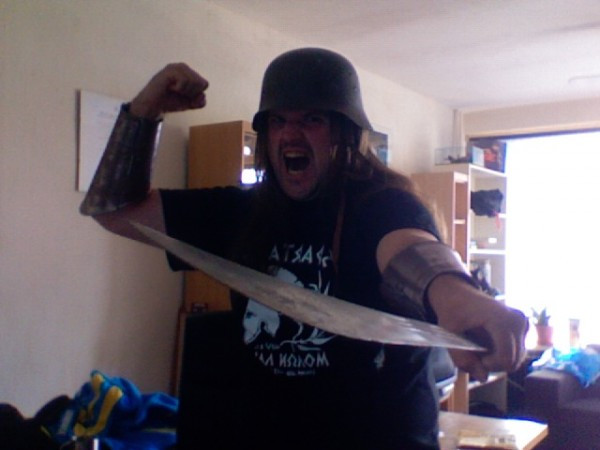 On the last day of February, we included a brand new song from The Monolith Deathcult in one of our MISCELANNY posts. For us, it was a better-late-than-never introduction to the music of this Dutch band — and that new song continues to be obliteratingly good. You can read the post and hear the song at this location.

That post led to the chance for us to conduct an e-mail interview with Michiel Dekker, the band’s mastermind (and its vocalist/lyricist/guitarist). To prepare for the interview, we browsed TMDC’s Facebook page to get better educated about the band’s latest news, and discovered that it’s one of the more entertaining band pages we’ve yet come across, due to Michiel’s literate, sometimes cryptic, usually quite funny musings.

For example, we saw a poll he was conducting about whether the band’s next album should include any lyrics in Volapük (go here if you want to know what that language is). Other poll candidates included Esperanto and West Country English. There was also a comment about learning to play the saz.

TMDC is painstakingly preparing a new album, to be called Tetragrammaton (unless Michiel and his comrades change their minds). To get a few insights into that work and when it will be ready, and see Michiel deftly and amusingly handle my feeble attempts to ask some off-the-wall questions, follow along after the jump. (and we’ve got an eerily topical song for you, too . . .) END_OF_DOCUMENT_TOKEN_TO_BE_REPLACED