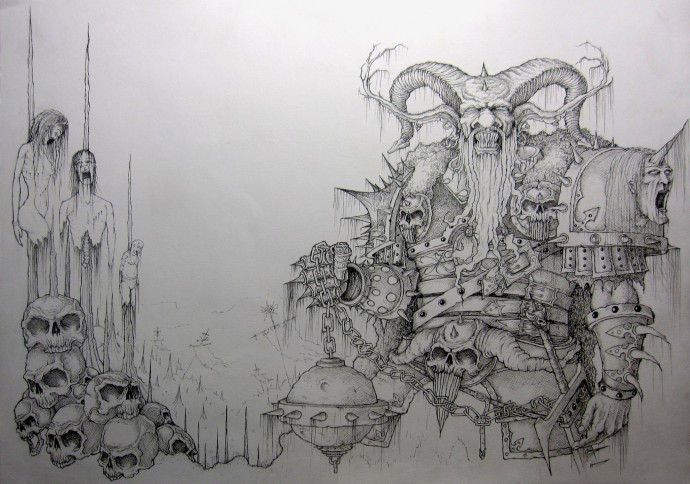 I first discovered (and wrote about) this French duo  a year ago when I saw they had been based solely on two demos (in 2009 and 2010) and a four-song EP in 2011 — Putrefactive Infestation, which I reviewed in that first post. Later, I also reviewed a two-song 7″ named Now You’re In Hell. I’ve been looking forward to their debut album, Putrid Death Sorcery, scheduled for release in North America on February 5 (order here). I previously featured the eye-catching album art by Montenegran artist Milovan Novakovic (which you can see again next). END_OF_DOCUMENT_TOKEN_TO_BE_REPLACED 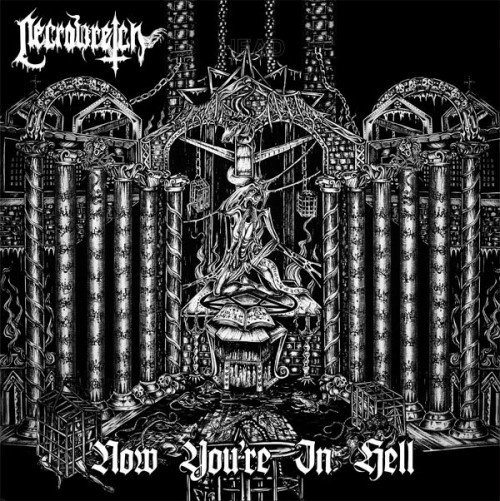 I first became curious about Necrowretch (from Valence, France) in February 2012 when I saw that they had been signed by Century Media based solely on two demos (in 2009 and 2010) and a four-song EP in 2011 — Putrefactive Infestation. I tracked down and listened to that EP and reviewed it here.

At the time of that review, there were plans for the Belgian label Detest Records to release  a 7″ NecroWretch EP titled Now You’re In Hell before the band turned to recording their debut album for Century Media. That release did happen last spring, though I overlooked it until recently.

The 7″ release includes two songs — an original Necrowretch number called “From A Hideous Summoning” and a cover of Death’s “Zombie Ritual” from Scream Bloody Gore (1987), which Necrowretch recorded on the 10th anniversary of Chuck Schuldiner’s death. Yesterday, Necrowretch uploaded the original track to YouTube, with the video providing a detailed survey of the beautifully beastly cover art provided by Montenegrin artist Milovan Novakovic. END_OF_DOCUMENT_TOKEN_TO_BE_REPLACED