“The song tells a story of humanity’s ultimate cure for itself, a final solution as people start to transform into beings that are focused on nothing other than consumption. This gives it a twist one could see relevant to our current society. Eventually the urge to consume backfires resulting in humanity consuming itself and thus, providing the answer to the final problem; us.” END_OF_DOCUMENT_TOKEN_TO_BE_REPLACED 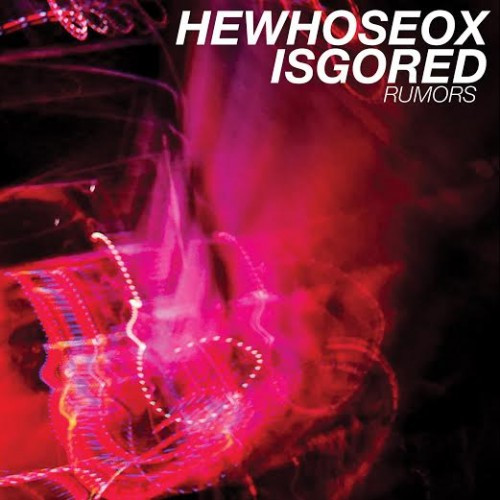 Not knowing what to expect, I saw Seattle’s He Whose Ox Is Gored perform live earlier this year, for the first time but not the last, and was hooked hard by the energy of their live set and the interesting mix of musical elements in their highly addictive songs. Their debut EP Rumors has recently been released by Bleeding Light Records as a digital download, with a vinyl 7” coming soon.

The bookends of the EP, “Void Assault” and “Rumors”, are hard-rocking affairs driven by swirling, swarming guitar melodies with a wonderfully fuzzy tone and a sludgy, bottom-feeding low end. There’s some interesting rhythmic interplay between the drum and bass, and a contrasting layer of psychedelic beauty shimmers over the top, thanks to Lisa Ungo’s synth-generated ambient sounds and the soaring, ethereal quality of her voice. END_OF_DOCUMENT_TOKEN_TO_BE_REPLACED