“The song tells a story of humanity’s ultimate cure for itself, a final solution as people start to transform into beings that are focused on nothing other than consumption. This gives it a twist one could see relevant to our current society. Eventually the urge to consume backfires resulting in humanity consuming itself and thus, providing the answer to the final problem; us.”

The song is a blazing ass-kicker, which means, yes, it will set your ass on fire, so be sure to wear your asbestos underpants before you listen. And I love these kind of split-screen videos, where you can see all the spidery fingers flying at the same time, plus the fancy drumwork and Kevin Quilligan’s wide-eyed, rapid-fire vocal recording. Loads of infectious morbid fun. 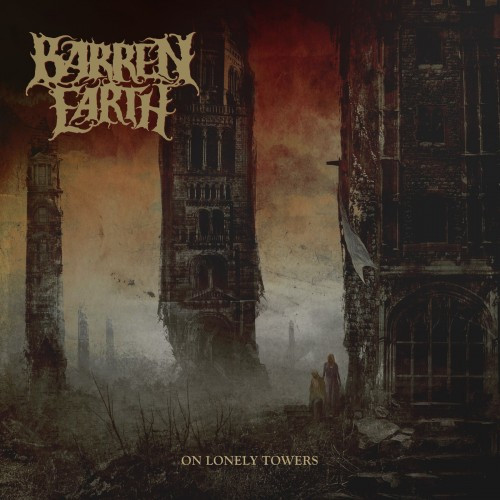 The third album by Finland’s Barren Earth (On Lonely Towers) came out last week in North America, and yesterday brought a new music video for “Set Alight”, which is the album’s fifth track. The video was shot and produced by Owe Lingvall.

The song is two fine songs in one. It begins and ends as a beautiful tear-drenched, doom-clouded ballad in which the blend of clean and harsh vocals by new vocalist Jón Aldará (Hamferð) work to excellent effect, and then in the middle it ignites into a melodic death metal cavalry charge enhanced by swirling keyboards. The song will easily get its hooks into your mushy brain.

On Lonely Towers is available in a variety of formats at this location, and it’s being offered as a digital download at iTunes and Amazon MP3. 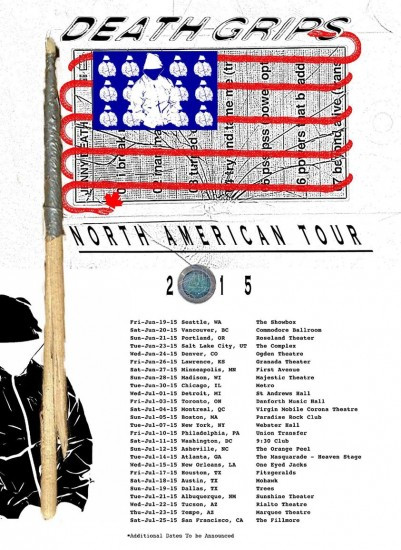 Well, it seems that Death Grips’ announcement of their death was premature. Yesterday, the group announced they will be embarking on an international tour and revealed its first leg — a North American routing that begins on June 19 in Seattle (yippee!) and ends on July 25 in San Francisco. The list you see in the flyer above isn’t yet complete; the band says more dates will be added, including Sacramento, Los Angeles, and various international locations. Tickets went on sale yesterday, and links to the ticket sales outlets for each date can be found on the band’s Facebook page (here).

Also yesterday, the band debuted a video for “I Break Mirrors With My Face In the United States”, a track from The Powers That B, Disc 2: Jenny Death, which will be released on March 31. The drum-cam part of this video is thoroughly dizzying — if it gets to be too much, wait for about the 2:45 mark, when it shifts to a mic-cam view. The song is dizzying, too, with the beats and the flickering electronica and the rhymes combining in a thoroughly electrifying way. These dudes are so damned creative that it’s almost unfair. 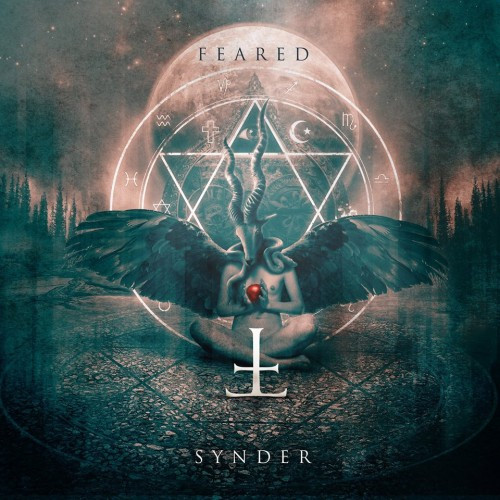 Sweden’s Feared have a new album on the way, featuring very cool cover art by  Sylvain Lucchina of Razorimages. Its title is Synder, which apparently means “sins” in English. Yesterday the band premiered the album’s first single, “My Grief, My Sorrow”, in the form of a music video which was directed by Feared guitarist Ola Englund. According to Englund:

“’My Grief, My Sorrow’ is about a person with mental problems who takes his life, only to wake up and relive the same day over and over. The endless circle drives him more into madness and the story never ends. Or it could be a tale about an honest man who has a special fondness of knives and old televisions.”

With Ola Englund handling the guitar, I knew the song would be rifftastic even before hearing it — and it is (the soloing is also great), but Marios Ramos delivers an awesome, dynamic vocal turn, too. A gripping melodic death metal song with a grim, ominous atmosphere — and I had no idea that Englund had this kind of video-making talent on top of his guitar skills. Very nice.

Synder will be released digitally and on CD on May 25. It can be pre-ordered on iTunes, Amazon, or directly from the band (here). 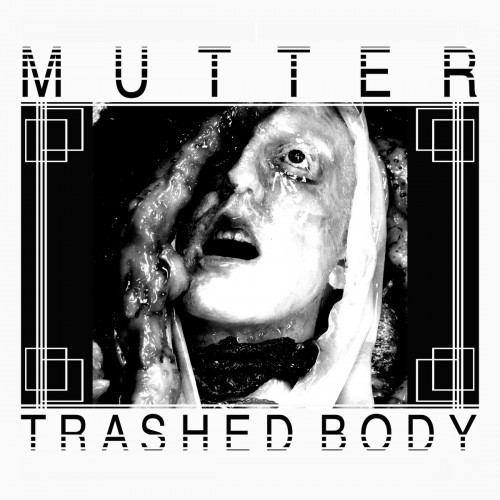 Mutter has given me an excuse to prod you, again, to listen to this one-man band’s 2014 EP Trashed Body. Mutter described the EP as “a meditation on deteriorating health, justified paranoia and an insubstantial legacy”. I described it (in this review) as “a real head trip, a bizarre but highly creative synthesis of black metal aesthetics, power-electronics, and industrial music. It’s a hanged man that won’t stop twitching at the end of that long drop.”