This is a song made especially for you, and you know that because the name of the song is “Miscreants”.

It comes from an album entitled Prime Incursion by the Dutch band Apophys, an album soon to be released by Metal Blade that we’ve been eagerly awaiting since first learning that it was in the works, our eagerness only magnified by the interview we did with the band’s vocalist Kevin Quilligan earlier this year (and yes, we’re mentioning that because we think you should read it).

As for the song, you will enjoy “Miscreants” even if you’re not convinced that it was named for you. The pummeling begins immediately with a phalanx of hammering riffs that seem dedicated to pounding you into the ground like a nail driven through wood, and the start-stop jackhammering doesn’t stop. The music is a ticket straight to headbang city, but that’s not all it is. 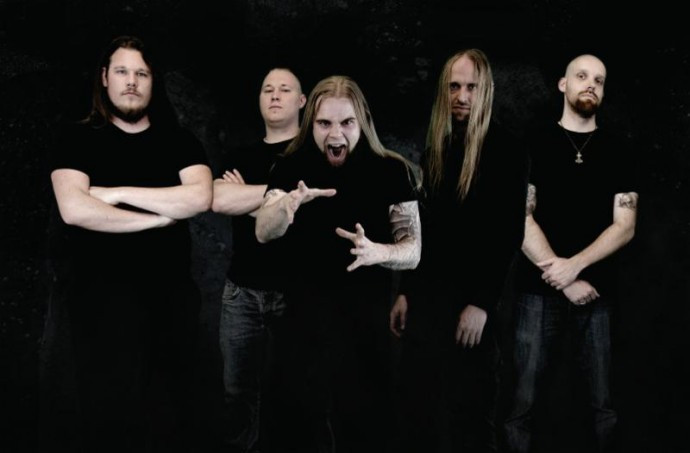 While being a massively groove-oriented affair, the song is also shot-through with an ominous but catchy melody, and when it’s not bring pounding away at your fragile cranium it’s rushing like a freight train from hell or throwing a blizzard of icy riffs your way at full speed. And Kevin Quilligan’s roars are just as monstrous and malevolent as ever.

Come and take your punishment, you miscreants. Press play below (and after that, you can also check out a an equally killer, previously released track, “Requiem For the Absurd”).