Four Phantoms is unspeakably sad, an extended lament so vast and panoramic that it seems more like an expression of bereavement for the loss of an entire race than for that of an individual soul. Yet it is also sublime, as if Bell Witch had swum endless fathoms down beneath an ocean of grief, down to the pristine alabaster core of human loss resting in the blackness, and surfaced again to erect it like a monument, gleaming with cold light under a half moon.

You’ll have to forgive me for these flights of verbal grandiosity (there will be more to come). The music is the kind that carries your imagination away. It induces introspectiveness. Its emotional impact is profound. In my case, it makes me search hard for words that are grand enough to suit the music; I’m sure I’ll fail, but it’s too late for you to stop me from trying.

The music is slow, spare, and seemingly simple. There are probably more notes and beats in a few measures of tech-death frenzy than in an entire song on Four Phantoms — and of those four songs, two are more than 10 minutes in length and two last more than 22 minutes. But what Bell Witch do with their seemingly simple tools is to build something exalted, yet with a weight that’s almost too much to bear.

There’s something notably ironic about this album. The Bell Witch duo have developed a fascination with ghosts, as the name of the band and the name of this album signify. Each of the album’s four songs represents a haunting, each of the four ghosts suffering an endless death from one of the four elements — earth, fire, water, air. The music expresses their suffering, from their own perspectives. And yet despite the supernatural elements in the lyrical and musical conception of the songs, they strike this listener as deeply human. 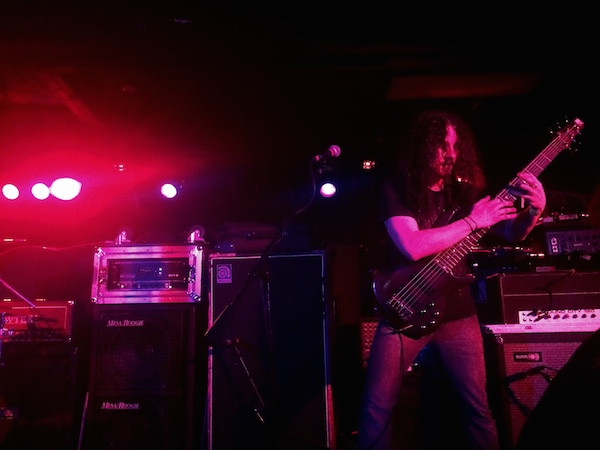 Some doom/death bands succeed in creating an atmosphere that’s frigid and suffocating, or alien and heartless. Four Phantoms is heartbroken and heartbreaking. We’ve all felt this way before, and we will again. It takes you to that place, a place that’s all too immediate.

The staggeringly slow, bereft melodies that Dylan Desmond teases from his six-string bass make the instrument sound like a living thing. There’s a moaning quality to the sound of the notes when he works the effects pedal and the fret into the higher register, like the keening of mourners. And he’s capable of creating music of shattering beauty even when the bass melody is all you hear, as in the final three minutes of the album’s long third track.

The clean vocals on the album, when they appear, also bespeak mourning, sometimes stately, sometimes agonizing. At times, they could indeed be mistaken for the wordless wailing of a phantasm, but more often they strike an emotional connection that’s piercingly familiar; the music is more often achingly soulful than otherworldly.

There’s even a dark folk quality to the vocals in the opening of the album’s third track (contributed by Aerial Ruin’s Erik Moggridge in a duet with Desmond’s reverberating bass notes). More clean vocal harmony follows, with an almost ephemeral quality that contrasts sharply with the gigantic riffs and drum crashes, which fall like a slow rain of boulders. The shrieking and growling that come in later provide a harrowing surprise in what may be Four Phantom’s most desolately beautiful and wistful song.

I’ve thrown around words like “sublime” and “exalted”, but let’s be clear: Four Phantoms is also crushing. There are indeed soft, almost barren spaces in the music, where those heart-aching bass notes and plaintive vocal tones hold sway, but they’re juxtaposed against passages of titanic power. Those passages are constructed with deep, earth-shaking chords that vibrate with distortion and Adrian Guerra’s massive, synchronized drum-and-cymbal strikes, which explode like cannon shots. Guerra’s cavernous roars provide an equally striking contrast with the clean vocals; like the instrumental music, they’re gigantic. 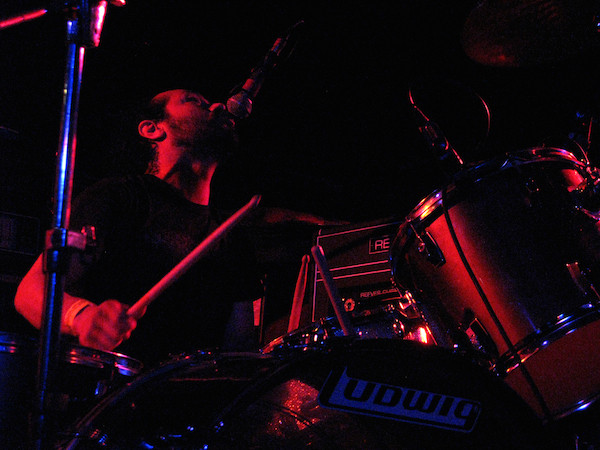 Even when the music is doing its best to split concrete and shatter foundations, it’s ponderously slow and convincingly despairing in its emotional resonance. The rhythm is like the pulse of a leviathan, something so huge and widely spaced that our heartbeats are to its own as a hummingbird’s are to ours. And Guerra and Desmond are so tightly connected in what they’re doing, that they seem to be two halves of a single being. This, by the way, isn’t the product of studio shenanigans; I’ve seen them live, and as slow as they go, their timing is amazingly in sync.

As for the production on the album, it could not be more perfect for this band’s music. Billy Anderson, who has worked wonders for the likes of Agalloch, Pallbearer, Leviathan, and Neurosis (among many others), has succeeded in capturing both the raw, bridge-collapsing power and the fragile beauty of the band’s live sound.

Speaking of live performances, I have to say a special word about the album’s first track, “Suffocation, A Burial: I – Awoken (Breathing Teeth)”. The song has been a staple in Bell Witch’s live set for a long time before this album was recorded. I’ve seen the band perform it live in Seattle three times. It’s one of those two tracks that’s more than 22 minutes long, but it has become so ingrained in my memory that I can’t wait to hear it.

From its first sombre notes, I know where it’s going. I know it’s going to tear me down, but I’m ready to be mesmerized by its wrenching central melody. It doesn’t matter where my head has been or how filled it is with clutter and distraction — by the time the song ends, I’ve forgotten all of that mental dross. Sometimes I’ve forgotten where I am physically. Every time when the song has ended, I’ve wished they’d just start it over again from the beginning.

By my lights, it’s the best song Bell Witch have yet recorded, and one I have a feeling I’ll be listening to far into the future.

Four Phantoms will dismantle your defenses, reduce your bulwarks against the bad days to a pool of molten slag, leave your vulnerabilities exposed, and touch those raw places you try to hide. How it can do this and yet leave you feeling transcendent is a wondrous mystery.

Four Phantoms is one of a kind, a towering achievement in the landscape of doom, and one of 2015’s best albums in any genre. Precisely because it is so good at what it does, it takes its toll on your psyche. You pay a significant emotional price listening to it.

“Immersive” is perhaps an over-used word, but that’s what this is. If you listen without pause over the course of its significant length, it will pull you under, and you won’t bounce back quickly. But albums that make the kind of deep emotional connection that Four Phantoms does don’t come along that often — so don’t miss this. The journey is worth the price you will pay for it. 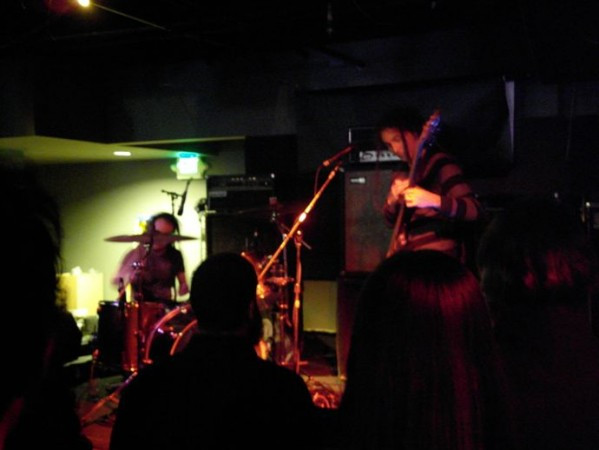 Four Phantoms will be released by Profound Lore on April 28, 2015. It features cover art that illustrates the themes of the four songs by the talented Paolo Girardi. Pre-order here:

Here’s the track list, followed by a stream of the album’s second song: