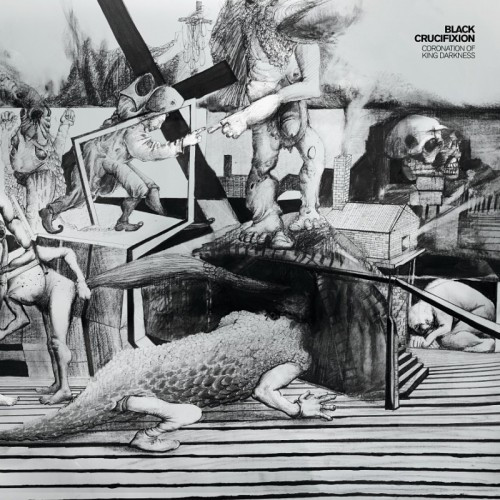 I spied three videos this morning that I commend to your attention.

I am a pathetic excuse for a human being. Among other reasons, I failed to review one of the 2013 albums I most enjoyed — Coronation of King Darkness by Finland’s Black Crucifixion. I only managed to write about a single song after it premiered in advance of the album’s release. Pathetic.

This morning I was reminded of my abject failure by the debut of an amazing video for a song from that album named “Heroes End Up On Gallows”. The video was eight months in the making, and it is a striking work of dark and fiery beauty. We are seeing it now because Coronation of King Darkness will soon be released on vinyl by Svart Records, with a gatefold sleeve and new cover art (above). END_OF_DOCUMENT_TOKEN_TO_BE_REPLACED