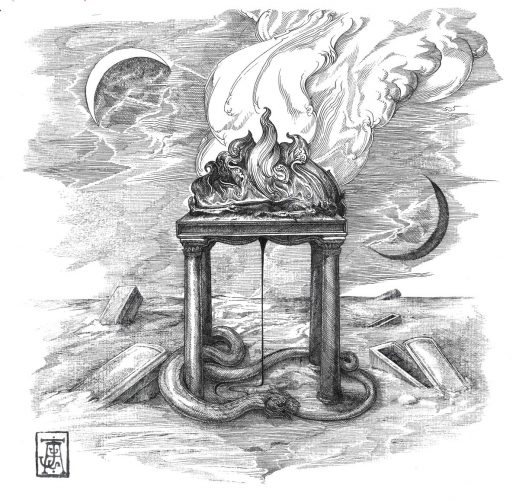 For those who have supped from the hideous potions of death concocted by the Finnish band Obscure Burial in their two previous demos — 2012’s God’s Abomination and 2014’s Epiphany — the prospect of a debut album has provoked a mixture of fear and relish, and that frightful hungering only intensified when the band released a single from the album named “Imago Mortis” last summer, and a further sonic abomination named “Necrophagous Ritual” more recently.

We don’t have long to wait for the album. Self-titled, it will be released by Invictus Productions (who also brought us those demos) on December 15. And you don’t have long to wait for further signs of the album’s mind-mangling black/death sorcery, because we have a third track for you today: “Dawn of Eschaton“. END_OF_DOCUMENT_TOKEN_TO_BE_REPLACED 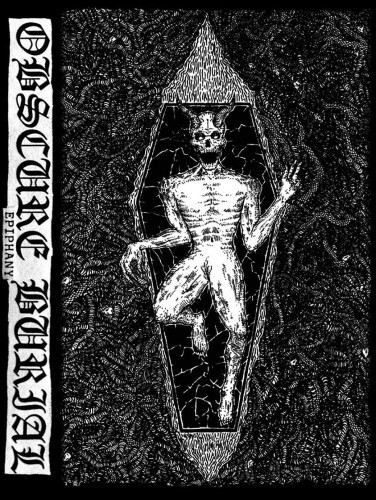 When I used to think of current Finnish death metal (not the melodic kind), I tended to think of crushing death/doom, or perhaps a few famous death/grind deviants. Mine eyes have now been opened wider.

Obscure Burial are a relatively young band from Turku, Finland, whose first demo was released in 2012 by Ireland’s Invictus Productions. Invictus, which has dependably refined tastes in filthy extreme music, is about to follow up that first abomination with a second one. The new demo is named Epiphany, and it’s due for release on September 15.

Anyone who shies away from raw, flesh-rending, berserker blackened death metal with a heavy emphasis on speed can stop reading right here, because that’s what you’ll get in spades from Epiphany — and from the song we’re about to premiere: “Night Queen”.

On the other hand, if you get a flooding adrenaline rush from ripping riffs, weapons-grade drumwork, and vocals that sound like a demon pantheon, you’re about to get a satisfying fix for that addiction. In fact, you may not need another fix for days or weeks, because this is potent, uncut, and borderline toxic stuff. END_OF_DOCUMENT_TOKEN_TO_BE_REPLACED

This next item consists of relatively recent updates that I just noticed concerning the titanic black/death entity from Switzerland known as Bölzer. First, they will have a new three-song EP entitled Soma released by Invictus Productions in 2014 (and yes, that also goes on our highly-anticipated list of 2014 releases). This is expected to be a fitting complement to the band’s stunning 2013 EP, Aura. Second, they will be performing at next year’s Maryland Deathfest. And third, the band’s 2012 demo Roman Acupuncture, which was originally released on hard-to-find tape, is going to be issued on vinyl next year by Iron Bonehead Productions. END_OF_DOCUMENT_TOKEN_TO_BE_REPLACED