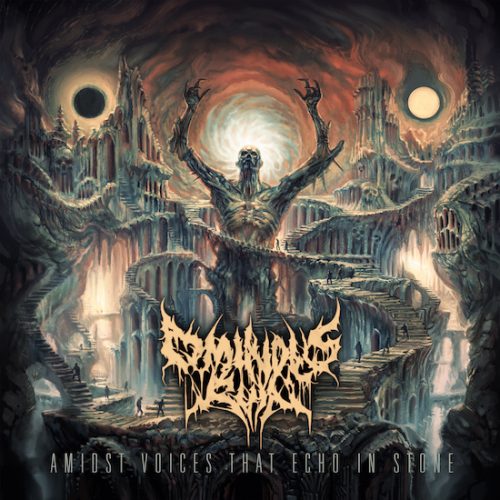 (Find out what our man DGR thought of the new album from San Francisco’s Ominous Ruin, out now on Willowtip Records.)

Ominous Ruin‘s first full length album – after a string of demo’s and EPs throughout the late aughts – Amidst Voices That Echo In Stone starts in a very different spot from where it ends up.

The band’s sound is one of multiple extreme genres in all-out combat with each other, fully unloading from the hyperactive Tech Death scene even as it drains the arsenal from a very Brutal Death inspired segment as well.

It’s an ambitious album for sure, but not one that feels intentionally crafted to become a journey – more that it just wound up that way as songs morphed over time, from that previously mentioned superspeed blast festival into something weirdly proggy, incredibly dense, and all too willing to dive headlong into some profoundly (and joyously) dumb caveman chug all over the course of nine songs.

If it seems like the Bay Area crew are one of those amorphous bands able to reach tentacles into a variety of places and drag down so much of it back into their maw by that descriptor, you wouldn’t be too far off, but the fact that they make it work here…now that’s worth talking about.

END_OF_DOCUMENT_TOKEN_TO_BE_REPLACED 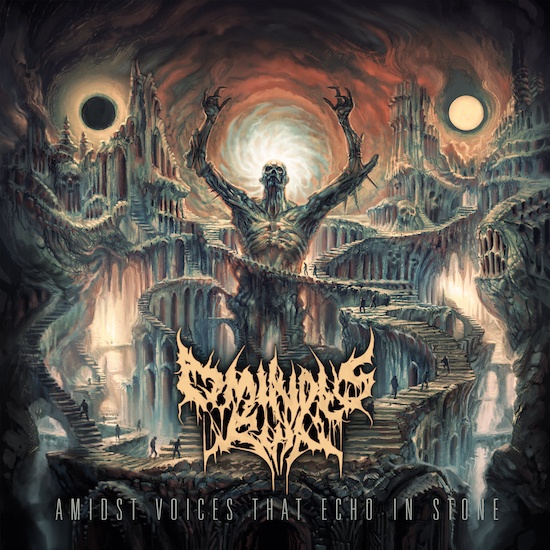 Even if you’;re not suffering from covid you might want to have some supplemental oxygen on hand before you dive into this track we’re about to premiere, because it’s a breath-taker. And a spine-smasher. And a brain-scrambler.

The song is “Attuned to the Chasm“, and it’s the second single from Amidst Voices That Echo In Stone, which is the second album by the northern California technical death metal band Ominous Ruin. The record is set for release on February 26th by Willowtip Records. END_OF_DOCUMENT_TOKEN_TO_BE_REPLACED