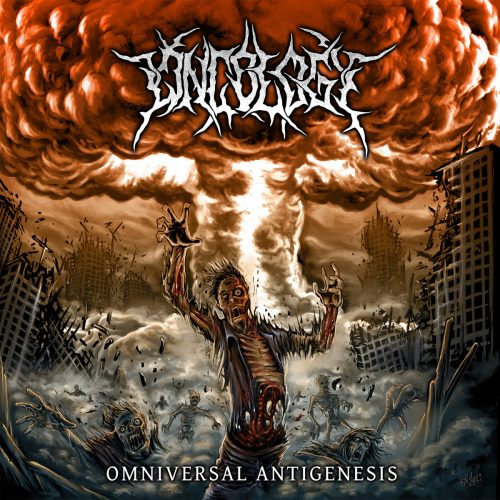 (In this review Vonlughlio provides a strong recommendation for the new second album from the UK brutal death metal band Oncology.)

Today’s subject is an amazing band from the UK named Oncology, who on July 17th released their sophomore album Omniversal Antigenesis via Rising Nemesis Records.

This is a project that started in 2014 and released a single called “Prelude to Oblivion”. The following year they released their demo The Metastasis consisting ofthree songs.  But I discovered them in 2016 with their first album Infinite Regress and right away became a fan. Really enjoyed the riffs in each of the songs, very quality writing, and vocals that fit the music perfectly.  The drums on this release were programmed, but well done I might add. END_OF_DOCUMENT_TOKEN_TO_BE_REPLACED