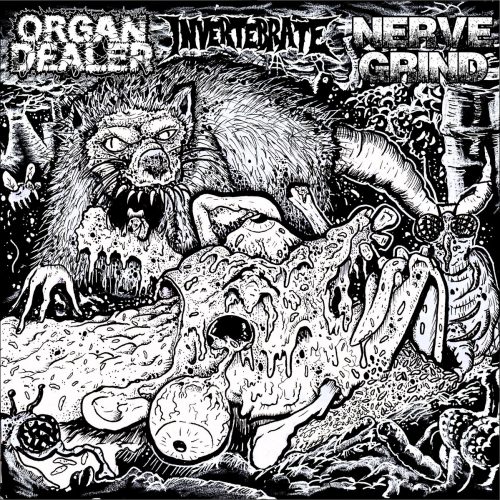 Organ Dealer show up with their branch of frenetic and hyperactive grind spread across six songs (fun fact: when added to the material from their split last year with BirdFlesh and the “Insominia Chamer” single, this means the band have now completely cleared the amount of material they put on their 2015 album Visceral Infection). Contrast that with the West Coast tag-team, starting with the three songs of Napalm Death’s long-lost relative, Nerve Grind, the music thick-as-hell and hammering tuned low to the bowels of hell, and Invertebrate closing out the whole affair with another burst of songs, coming across as a slimmer and more punk-rock-leaning branch of the grind tree — leaving just one song “Untitled”, granting a different one the name of “Fuckface”, and from a sheer numbers perspective making up half the track listing with a snappy and teeth-bared nine songs that all keep the run times sub one-minute-thirty. END_OF_DOCUMENT_TOKEN_TO_BE_REPLACED 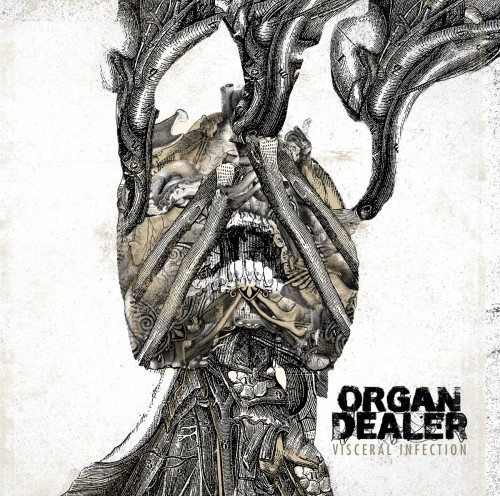 This one may wind up a little shorter than my usual screeds…maybe. But I promise you, when you hear it you’ll understand why.

There is a moment in the movie The Raid 2 in which a man has his face held against a grill until it is completely seared off — no doubt one of the more butal fight scenes in a movie with an amazing second half. That man’s face is often how I have begun to picture myself after the end of a listening session with New Jersey-based hyperviolent grind band Organ Dealer’s upcoming release Visceral Infection.

Organ Dealer are a new face on the scene, having to their name only a demo from 2014 (both songs on said demo appear on this new release) and their new upcoming EP. Yet theirs is a name that you should get prepared to hear a lot really, really soon. END_OF_DOCUMENT_TOKEN_TO_BE_REPLACED 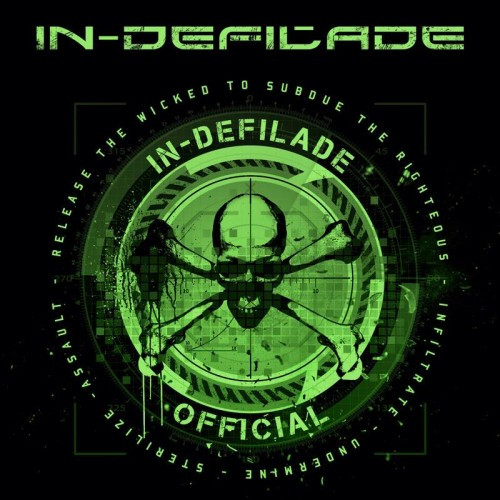 (DGR prepared this review of new songs and albums from four bands.)

These Sifting articles are ones that I like to hammer out from time to time, as I have a habit of discovering so much new music in an effort to feed the NCS readers’ gullets that I absolutely cannot cover it all, much less dedicate a huge review to each discovery. However, I also feel like I’m doing the bands wrong by simply going, “I’ll try to get around to it”, because a lot of these groups are quality musicians who deserve a chance to get out there. So, Sifting was born — a series of articles in which I dig through the various recent collections of music I’ve accumulated and try to get some shorter summaries up to share out with people.

Of course, as I am prone to do, I still get stupidly wordy, and some of these summaries are longer than the reviews we run on this site — but still, its all about the thought, right? So sit down with me, as we travel the world and I blather on with more long-winded phrases and stupid similes to share with you about quite a few different bands, bouncing across the US and then over to Europe and back again.

Fun fact: I have never for a moment toyed with the idea of joining the military — but were I ever drafted or forced into it, the one thing that I could see myself doing would be trying to join a drum corps. END_OF_DOCUMENT_TOKEN_TO_BE_REPLACED 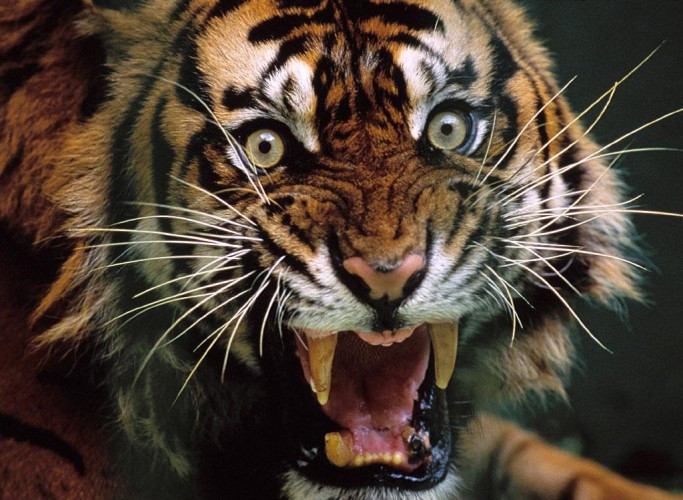 In the case of this post, two of the three releases serve that particular purpose. And the third? Well, the third is just a meaty slab of death metal that I felt like sharing because it would allow us to do a little bit o’ world traveling. END_OF_DOCUMENT_TOKEN_TO_BE_REPLACED