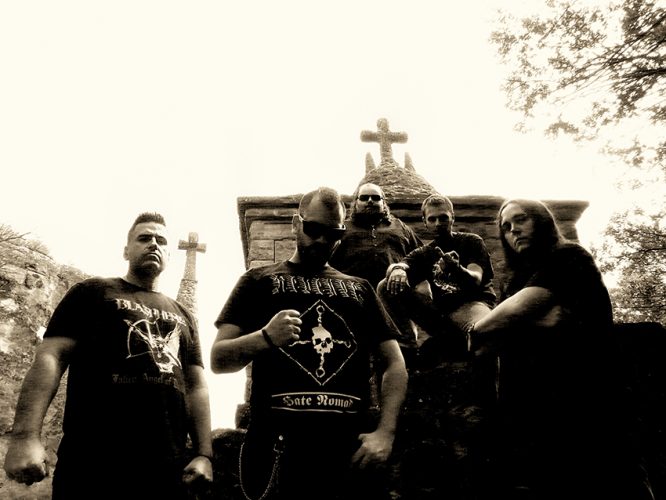 (Guest contributor Pablo Balbontín, editor of the Spanish webzine Subterráneo, brings us Part 3 of an  interview of Vön Pax, vocalist of the Spanish band Barbarian Swords, whose latest album Worms we premiered last November in advance of its release by Cimmerian Shade and Satanath Records. Part 1 is here; Part 2 is here.)

The genres you play, black and doom, don’t have much acceptance in Spain, and even in the underground are misunderstood. They don’t have much support, unlike thrash or death, but nevertheless Madrid, the dark (venue), which is more focused on doom and gothic metal, has been a complete success. So, seeing how those styles aren’t very valued, did you think that you wouldn’t succeed in your own country?

Von Päx: That’s a quite complex answer that I could be answering today. Let’s make clear that, in Spain, the most minority styles are black and then doom. That’s a battle that you have already lost. In this country they like blast-beats. If you don’t play fast they are not gonna like you. In addition they also don’t understand shrieking voices. If it isn’t guttural, you also have already lost support. END_OF_DOCUMENT_TOKEN_TO_BE_REPLACED 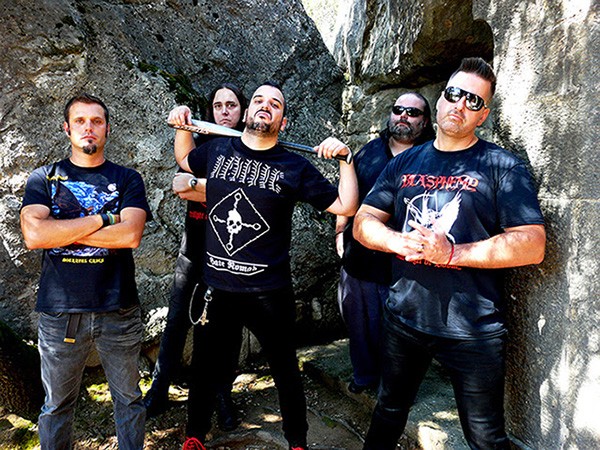 (Guest contributor Pablo Balbontín, editor of the Spanish webzine Subterráneo, brings us Part 2 of an  interview of Vön Pax, vocalist of the Spanish band Barbarian Swords, whose latest album Worms we premiered last November in advance of its release by Cimmerian Shade and Satanath Records. Part 1 is here; Part 3 will appear tomorrow.)

Your relationship with labels, it’s a mess… First of all, you’re signed with Cimmerian Shade Recordings, and then with Satanath Records and The Ritual Productions. Some of them have carried out with the CD version, I think Cimmerian handles the cassette version… Why did you decide to work in this way? What does each one do? Which are their tasks? Perhaps they handle the distribution for some different countries?

Von Päx: This was organized in the underground way. I mean, we are a tiny band. Only a madman can get ahead of our music and invest in it, and we were lucky to find that. Cimmerian Shade Recordings from the USA handles the double gatefold vinyl, the double cassette edition, limited to a red one and a black one, and then a Digipack CD, which is pretty awesome.

On the other hand, Satanath Records from Rusia and The Ritual Productions from Netherlands both produce the regular jewelcase. END_OF_DOCUMENT_TOKEN_TO_BE_REPLACED 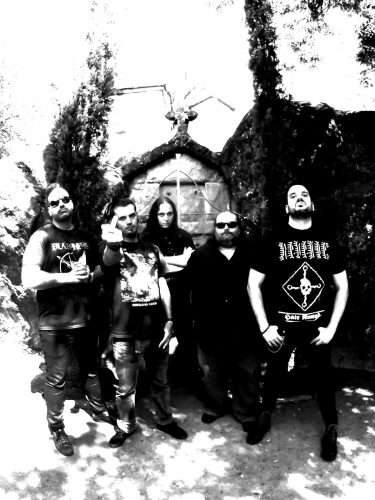 (We welcome back guest contributor Pablo Balbontín, editor of the Spanish webzine Subterráneo, who brings us this interview of Vön Pax, vocalist of the Spanish band Barbarian Swords, whose latest album Worms we premiered last November in advance of its release by Cimmerian Shade and Satanath Records. We’ve divided the interview into 3 parts, with Parts 2 and 3 coming in the next two days.)

It is quite ironic to do an interview via Skype with Vön Pax, singer of Barbarian Swords, in the middle of a Christian holiday, as it is Christmas while we are asking him about Worms, and he does not get along well with the dominant religion in the west. 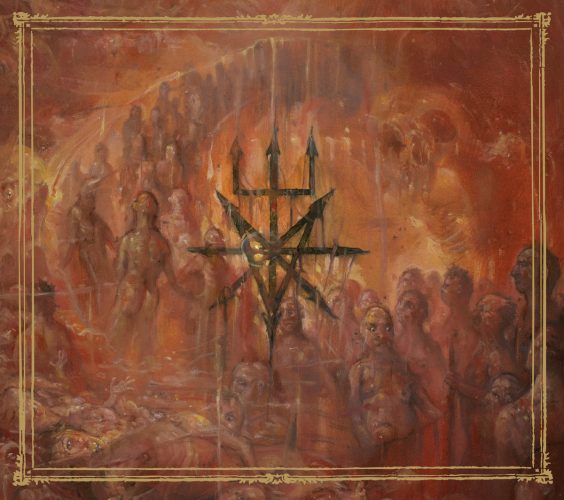 However, when someone thinks about fury in black metal, they tend to imagine bands like Marduk, Blasphemy, Archgoat… short songs, chaotic guitar solos, and frantic drumming patterns. Bringing an anology, it could be like a maniac who stabs his mother two hundred times, until there is no more skin left to tear. Instead, Black Fucking Cancer are like that alienated person who sharpens a rusty machete and takes his time to knife the victim, twisting the blade inside the guts and savoring the victim’s suffering. END_OF_DOCUMENT_TOKEN_TO_BE_REPLACED