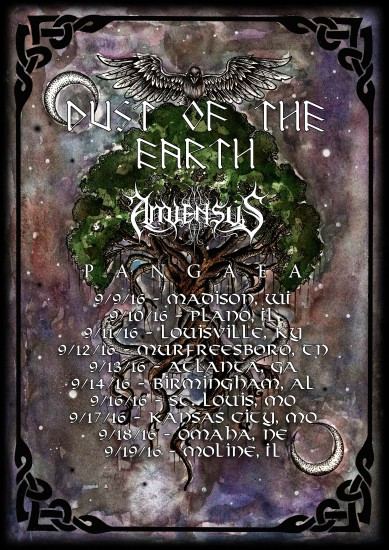 Since then, Amiensus have signed on with Apathia Records for the release of a new EP in the spring of 2017 and have laid the groundwork for the Dust of the Earth tour with Wisconsin’s Pangaea during September — which we’re now helping to announce. For details about that, plus music from both bands, plus more news updates about both Amiensus and Pangaea, please continue reading…. END_OF_DOCUMENT_TOKEN_TO_BE_REPLACED