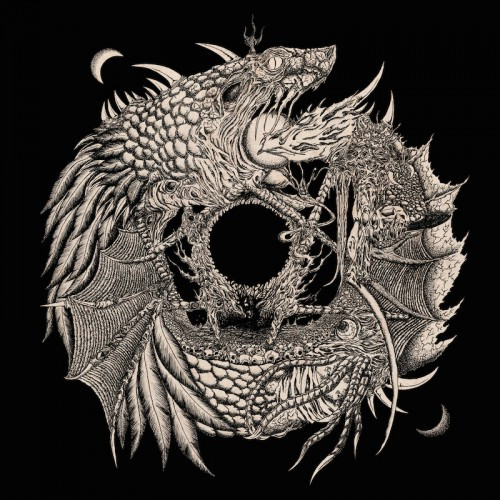 On July 27, Hells Headbangers will release Anticosmocrator — the second album by the Chilean band Perversor. It follows their 2008 debut album, Cult of Destruction, and their 2011 EP, The Shadow of Abomination. Today we bring you the premiere of a savage new song named “Bestial Path”.

There is a sound at the beginning of this song, something like the roar of a great beast rising up on dragon wings in the midst of a tornado. It sets the tone and it sounds a warning, though it’s a very brief warning, not long enough for you to duck and take cover before the song explodes. END_OF_DOCUMENT_TOKEN_TO_BE_REPLACED 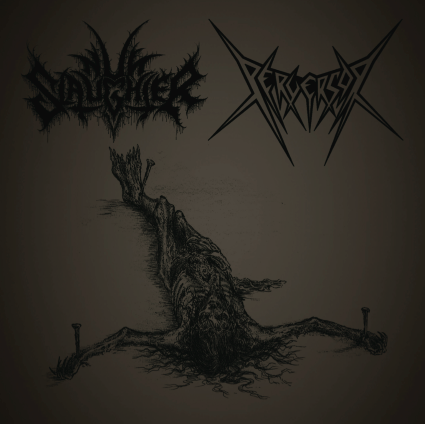 According to Metal-Archives, Cleveland-based Nunslaughter have released more than 140 recordings, only four of which have been full-length albums, the rest mostly consisting of splits, EPs, and live albums. Hells Headbangers is releasing two more splits this fall, and I spent some time with both of them this past weekend.

In this split with a relatively new Chilean band named Perversor, Nunslaughter contribute two tracks — “Impure Thoughts” and “Bless the Dead”. “Impure Thoughts” is a thick, black, boiling cauldron of riff liquor, a mix of d-beat rhythms, skin-flaying black thrash, and grisly corpse-crawling death metal. “Bless the Dead” switches up the beats and the styles, too, and at its core is a head-wrecking chug-stomp, catchy as fuck and impurified with a wash of vocal pollutants. The songs are gone before you know it, but it’s a sweet trip while it lasts. END_OF_DOCUMENT_TOKEN_TO_BE_REPLACED