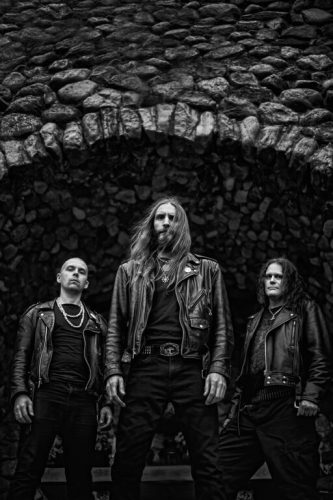 (For this week’s edition of Andy Synn‘s column devoted to lyrics in metal he posed questions to Paulus Kressman (Rites of Thy Degringolade), and obtained very illuminating answers, as you shall see.)

As much as I hope you all enjoy the information and insight offered by these articles, I have to admit, there’s a certain amount of self-interest involved too, as the work of putting some extra focus on this underappreciated aspect of the metallic arts grants me an opportunity to talk to some of my favourite bands/artists and to (hopefully) gain a deeper understanding of their music.

Case in point, I was recently able to speak with Paulus Kressman, the founder and prime creative force of Canadian Black/Death esotericists Rites of Thy Degringolade – a band whose work I’ve followed and supported for years and whose most recent record, last year’s phenomenal The Blade Philosophical, was one of my favourite albums of 2018 – about the process and philosophy behind his arcane and abrasive art.

Not only was he more than happy to oblige, but his in-depth responses have given me an even deeper understanding of, and appreciation for, the band’s entire discography.

So, without further ado, I present to you the latest edition of Waxing Lyrical. END_OF_DOCUMENT_TOKEN_TO_BE_REPLACED

For those of you who’ve been following this seemingly endless (but now ended) list, we appreciate your support and your patience. On Monday I’ll post a wrap-up that includes the complete list and links to all the installments, and to a Spotify playlist created by one of our readers that also includes all of them. END_OF_DOCUMENT_TOKEN_TO_BE_REPLACED

Funnily enough, while the actual process of working out which ten records best represented my listening habits over the last twelve months was as complicated as ever, the write-up was much easier than I expected it to be, as it just so happens that I was responsible for reviewing almost all of them! END_OF_DOCUMENT_TOKEN_TO_BE_REPLACED 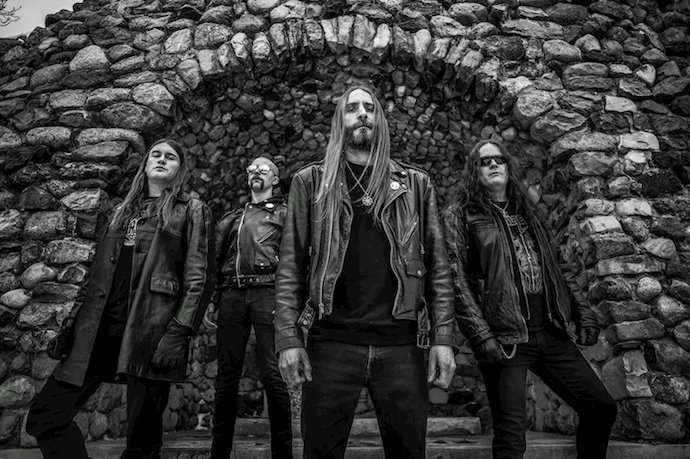 (In this edition of THE SYNN REPORT, Andy Synn reviews all the albums released by Rites of Thy Degringolade, including their newest record slated for release on March 15th, as well as the band’s part of their 2004 split with Portal.)

One of the Extreme scene’s most undeservedly underappreciated acts, Canadian three-piece Rites of Thy Degringolade are one of the few bands who I can honestly say have the potential to appeal just as much to fans of hideously under-produced “War Metal” as they do to those who like their Black/Death Metal just that little bit more bold, bombastic, and… let’s be honest here… actually listenable.

The reason for this is the group’s surprisingly careful balancing – whether calculated or instinctive… and most likely a little of both – of filth and fury, chaos and confusion, with a plethora of savage (though rarely straightforward) hooks and cunningly crafted riffs which demand to be heard not just once, but multiple times, over multiple sessions.

A word of warning, however – this is some seriously nasty stuff, and once it gets embedded in your brain nothing less than a full frontal lobotomy is going to get it out again. END_OF_DOCUMENT_TOKEN_TO_BE_REPLACED

“Above the Highest“, the track we’re premiering today from the new album by Rites of Thy Degringolade, is a strange kind of looming obsidian monolith, twisted and cracked yet glowing with the shimmer of a perilous and otherworldly light. It is a jarring and jolting experience on many levels, and yet for all that it has an undeniable charisma. How can something so unearthly and disorienting be so addictive? You shall see….

Of course, anyone familiar with the previous creations of this Canadian band will not be surprised to read that last paragraph. Over a 20-year span, Paulus Kressman and his eventual ally J. Wroth have been responsible for a collection of striking, and strikingly distinctive, works. Now, after a hiatus of more than a decade, they are returning with their first new full-length since 2005’s An Ode To Sin, and are joined on the record by new members — guitarist N.K.L.H. (Antediluvian, Weapon, Amphisbaena) and bassist C.W.

The name of the new album is The Blade Philosophical. It is being released on CD today by Nuclear War Now! Productions, with digital and vinyl editions coming in March. END_OF_DOCUMENT_TOKEN_TO_BE_REPLACED

Gatecreeper’s debut album Sonoran Depravaton was so damned good, a true highlight of 2016 and the source of a song (“Craving Flesh”) that I put on our list of that year’s Most Infectious Extreme Metal Songs. Their EP from last November, Sweltering Madness, was also damned good, a meshing together of dismal, stomping brutality and maniacal, earth-shaking obliteration. And so when I saw that Gatecreeper had released a new song yesterday I nearly soiled myself in my haste to listen to it. END_OF_DOCUMENT_TOKEN_TO_BE_REPLACED

Yes, this is a half-assed way to document a festival compared to what you will probably see from a few of the more well-healed metal publications out there who employed professional photographers and videographers. However, because “Half-Assed” is in fact my middle name, I’m being true to myself. END_OF_DOCUMENT_TOKEN_TO_BE_REPLACED