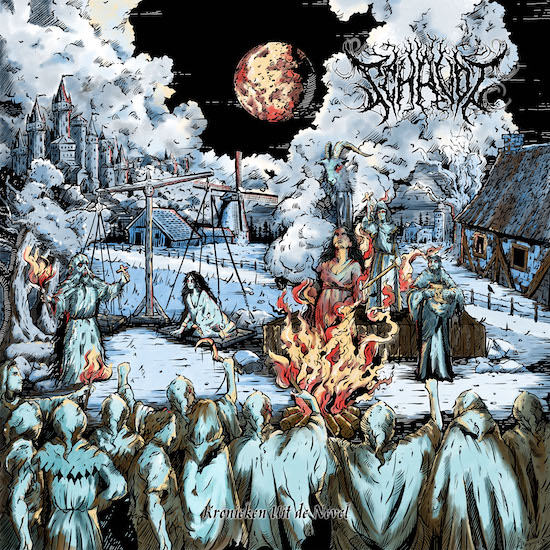 In September of 2021 Void Wanderer Productions released the fine debut album Galgenbrok by the black metal band Schavot, whose sole figure is part of the Dutch Zwotte Kring (Black Circle), a collective that also includes the likes of Asgrauw, Meslamtaea, and Sagenland.

But as good as that debut album was, Schavot has not rested upon it but used it instead as a foundation for building something even greater — or at least that’s the conclusion we draw from the song “De Laatste Dans Gedanst“, the first track that we’re revealing today from a new Schavot full-length entitled Kronieken Uit de Neve that’s set for release on January 27th by the same Void Wanderer Productions. END_OF_DOCUMENT_TOKEN_TO_BE_REPLACED